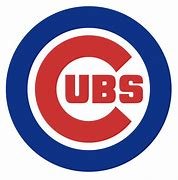 Please share a memory of Mark to include in a keepsake book for family and friends.
View Tribute Book
Mark R. Daniel, 62, of Princeton, passed away on Tuesday, September 29, 2020, at Capital Health Medical Center, Hopewell. Born in Akron, Ohio, he was a former resident of Indianapolis and Lawrenceville before moving to Princeton. Mark was a graduate of Marian University Class of 1980 and IUPUI Law School Class of 1984. He also served as a commissioned officer in the United States Navy. He was registered to practice law by the State of Indiana, the State of Oklahoma, the State of New Jersey, and the United States Patent and Trademark Office. Mark practiced patent law over a thirty-two year career, with over twenty-five years spent at Merck & Co. in Rahway, New Jersey. He retired as Merck’s Vice President, Intellectual Property. In 1994, he helped found Merck’s corporate pro bono program, one of the first in the United States and nationally recognized for its achievements. This pro bono program has expanded today to include more than 165 attorneys, paralegals and administrative associates providing free legal services to indigent residents and non-profit companies in the U.S. and internationally. In 2017, he received the Lifetime Pro Bono Achievement Award from the New Jersey State Bar Association for his long-standing commitment and contributions to the advancement of pro bono service. Mark was also an active and devoted parishioner at the Church of St. Ann, Lawrenceville, for thirty years. He volunteered countless hours in numerous capacities, including liturgical reading, baptismal preparation and chairing several capital campaigns. He was a founding member of St Ann’s Pastoral Council. Some of his hobbies included salmon fishing, rocking his grandchildren in his favorite recliner and rooting for the Chicago Cubs. He was also an alumni trustee of Marian University. Predeceased by his parents Robert A. and Lucienne M. Daniel, his father-in-law Kenneth Stanifer and his brother-in-law James Stanifer; he is survived by his wife Yvonne Daniel; his children and their spouses Ryan and Jane Daniel, Jennifer and Steve Mills, Alex and Meredith Daniel, Katie Daniel, Robert Daniel and Grace Daniel; his grandchildren Luke, Warren, Elena, Diana, Miles, Adeline and Bruce; his siblings and their spouses Louise and Michael Wynne, Thomas and Patti Daniel, Robert and Mary Daniel, Rick and Julie Daniel and Beth Daniel; his mother-in-law Yolanda Stanifer; his sisters-in-law and brothers-in-law Katie and Paul Tompkins, Christine and Frederick Bushby and Jonathan and Regina Stanifer; as well as numerous nieces and nephews. Funeral services will be held privately and at the convenience of the family. In lieu of flowers, memorial donations can be made to either the Sisters of Mercy or Volunteer Lawyers for Justice, Newark, New Jersey.

Look inside to read what others have shared
Family and friends are coming together online to create a special keepsake. Every memory left on the online obituary will be automatically included in this book.
View Tribute Book
Services for Mark Daniel
There are no events scheduled. You can still show your support by planting a tree in memory of Mark Daniel.
Plant a tree in memory of Mark

Share Your Memory of
Mark
Upload Your Memory View All Memories
Be the first to upload a memory!
Share A Memory
Plant a Tree