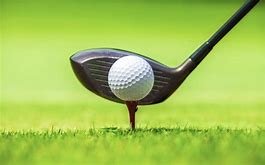 Obituary of James A. Murphy, Jr.

Born in Trenton, he was a longtime resident of Lawrence Township.  He was a graduate of Trenton Central High School, where he was captain of the swimming team and winner of the state backstroke championship.  James graduated from the University of Virginia and received his BA Degree in Economics, where he was a member of the swimming team, Jefferson Society, Phi Gamma Delta Fraternity.  James was a Korean War Veteran, having proudly served his country with the US Army.  He was a Combat Medic 64th Tank Battalion, 3rd Infantry Division and received the Korean Service Medal, two Bronze Stars and a Commendation Medal for his time of service for his country.  James retired after 37 years from NJ Manufacturers, where he was employed as Assistant VP of Workers Compensation Claims Department.  He was a parishioner at St. Michael’s Church in Trenton, Past President of the Pastoral Council and Eucharist Minister for 30 years.  He was a former member of Lawrence Township Council for 9 years, arbitrator for the municipal court for 10 years, Past President of Lawrence Township Lions Club, 60-year member of American Legion Post #458, former little league coach and charter member of Tom Hamnett Soccer League.

Predeceased by his parents Dr. James A. and Mary Murphy, two brothers Paul and Thomas Murphy; he is survived by his wife of 66 years Regina Murphy; his children and their spouses Timothy P. and Lori Murphy, Brian J. and Belinda Murphy; his daughter Regina Savadge and her husband Carl; his grandchildren Sean (Nicole), Joshua, Brian, Daniel, Melissa Keating (Matt), Kevin, and Kristen Murphy, Leslie and Carl Savadge; three great-grandchildren James and Sean Murphy and Jordyn Keating; his sister Mary A. Sullivan and several nieces and nephews.

In lieu of flowers, memorial donations can be made to St. Michael’s Church 1130 Brunswick Avenue, Trenton, NJ 08638 or to the Salvation Army 575 East State Street, Trenton, NJ 08601

Share Your Memory of
James
Upload Your Memory View All Memories
Be the first to upload a memory!
Share A Memory
Send Flowers