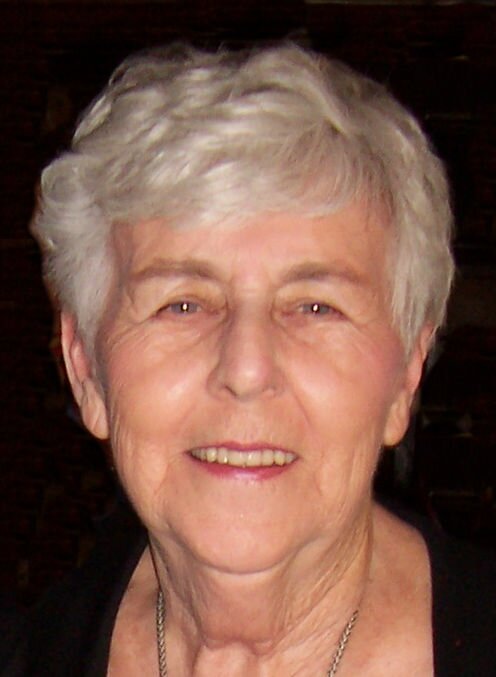 Please share a memory of Joan to include in a keepsake book for family and friends.
View Tribute Book
Joan M. Fell passed away on January 20, 2023, at the age of 88, surrounded by her loving family. Joan was born in Trenton, New Jersey. She lived in Trenton and Ewing Township all her life until she moved to Yardley, PA in 2002. She was predeceased by her husband, Donald W. Fell, who she married in 1955 and had many happy years together until Don's death in 2001. She was also predeceased by her parents Edward and Veronica Begg and her brother David Begg. She is survived by her children and their spouses Karen Fell (Eric Evenson), with whom she resided, and Lisa Fell (Ben Rifkin), grandchildren Michael Evenson (Akansha), Jesse Evenson, Nathan Rifkin, and Hannah Rifkin. Her children and grandchildren were so important to her and her late husband and a constant source of pride and joy and she was always so grateful for them and her caring daughters and sons-in law. She is also survived by her siblings Lorraine Pentz, Judy Abramsohn, Bruce Begg (Kate), sister-in law Susanne Teschke, and many nieces, nephews, and cousins. Her siblings were always there for her whenever she needed them. Joan graduated from Cathedral High School, Class of 1952. Joan remained lifelong friends with many of her Cathedral classmates and met with them every month for lunch and trips to various places for more than 50 years. Joan often said she was always fortunate in her working career. She said she always had great bosses and people to work with and interesting work to do. She retired in 1981 after 25 years as an Executive Secretary with E. I. Du Pont de Nemours & Company. She retired again in 2001 as a Secretarial Assistant 1 from the New Jersey Department of Transportation after 15 years. In 2002, she went to work for Association Associates (AAI) in Hamilton, NJ as an Administrative Assistant. Although Joan was older when she worked at AAI and all of her bosses and co-workers were much younger, she said that they never treated her as if she were older, her bosses were always supportive of her and her employment there was always enjoyable. Friends may call Thursday, January 26, 2023, from 09:30-10:30 AM at the Poulson & Van Hise Funeral Home, 650 Lawrence Rd Route 206, Lawrenceville, New Jersey 08648. A funeral service will take place at 10:30 AM at the funeral home. Burial will follow in the Ewing Cemetery in Ewing, New Jersey. In lieu of flowers, Joan asks that donations be made to Rescue Mission of Trenton, PO Box 790, Trenton, New Jersey 08605-0790. https://rescuemissionoftrenton.org/donate/ FAMILY REQUESTS MASKS BE WORN TO ENTER THE BUILDING
Thursday
26
January