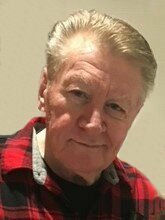 Please share a memory of Christopher to include in a keepsake book for family and friends.
View Tribute Book
Christopher P. Larkin, 83, of Hamilton, passed away peacefully on Monday, January 9, 2023 at home. Born in Trenton, NJ, he was a lifelong resident of Hamilton Twp. Chris was a graduate of Trenton Catholic Boys High School, Class of 1957. He is a retiree of the United States Post Office, where he was employed as Postmaster in New Jersey for many years. Chris enjoyed coaching his sons' baseball teams, and taking his daughter all over the northeast to softball games, “occasionally” getting lost along the way. Chris was a former member of the Ancient Order of Hibernians Msgr. Crean Div. #1. He was an avid collector of coins and stamps, enjoyed watching the Boston Red Sox, as many NFL games as he could find on TV, and listening to a wide variety of musical artists. Son of the late Leonard “Pat” Larkin, and Margaret Pearsall, brother of the late Helen Larkin; he is survived by his beloved wife Kathleen of 48 years; his son and daughter-in-law Scott C. and Cynthia M. Larkin, his daughters Kate Morales, Christie [Brian] Bralynski, Lynda [Mike] Bodden, Leah Larkin, and Marnie Castellano; his grandchildren Lorenzo and Sebastian Morales, Ryan and Austin Bralynski, Tess and Haley Bodden, Emily Santucci, Johnny Kolaski, and Madison Castellano; his nephew Joseph Potenza, and his niece Laurie Armstrong, as well as many cousins and friends. Funeral services will be held on Friday, morning at 11:00AM at Poulson & Van Hise Funeral Directors 650 Lawrence Road, Lawrenceville, NJ 08648. Entombment will be held at Princeton Memorial Park, Robbinsville, NJ. The visitation for Chris will be held on Thursday January 12, 2023 from 3-5PM and again on Friday morning from 10:30-11:00AM at the funeral home. In lieu of flowers, memorial donations can be made to the Juvenile Diabetes Research Foundation at www.jdrf.org. Special thanks to Serenity Hospice, especially Shalonda, Carine and Jessica for their special care they gave.
Print
Thursday
12
January