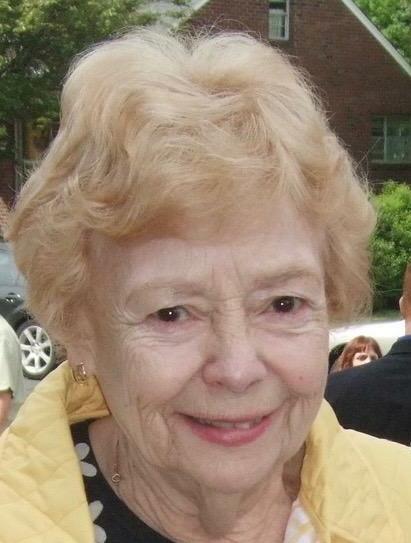 Please share a memory of Sheila to include in a keepsake book for family and friends.
View Tribute Book
Sheila C. Alessi, 91, of Lawrenceville, passed away peacefully on Saturday, August 27, 2022 at Atrium Post-Acute Care, Hamilton. Born in London, England, she was a lifelong resident of Lawrenceville. Sheila retired from Ann’s Beauty Shop, where she was a hairdresser for many years. She was a parishioner at The Church of St. Ann. Some of her hobbies included reading, knitting, baking and cooking delicious meals for family and friends. She was a loving and devoted mother, grandmother, sister, aunt and friend who will be dearly missed. Daughter of the late James and Catherine Edwards, wife of the late Joseph. V. Alessi, sister of the late Nellie Eley and Mary Alessi; she is survived by her son and daughter-in-law Joseph and Rosemarie Alessi, her daughter Robin Horsey; her grandchildren Zachary and Kaitlyn Alessi; her siblings George and Lena Edwards, and Kathleen and Allen Jones; her sister-in-law Mary Jane Crutchley; several nieces, nephews, and cousins in the United States and England. A Mass of Christian Burial will be celebrated on Friday, September 2, 2022 at 10:30AM at The Church of St. Ann, 1253 Lawrence Road, Lawrenceville, NJ 08648. Interment will be held at St. Mary’s Cemetery, Hamilton. The viewing for Sheila will be held on Friday morning from 9-10AM at the funeral home. In lieu of flowers, memorial donations can be made to American Cancer Society www.cancer.org
Friday
2
September

Share Your Memory of
Sheila
Upload Your Memory View All Memories
Be the first to upload a memory!
Share A Memory
Send Flowers
Plant a Tree