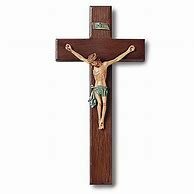 Please share a memory of Marian to include in a keepsake book for family and friends.
View Tribute Book
Marian Pachol, 67, of Ewing, passed away on Saturday, August 13, 2022 at Capital Health medical Center, Hopewell. Born in Renska Wies, Poland, he immigrated to the United States in 2007. Marian was employed as a mechanical engineer at Paul Robeson Charter School in Trenton. Some of his hobbies included travel, fishing and spending time with friends and family. Marian was a parishioner at St. Hedwig Church. Son of the late Kazimierz Pachol; he is survived by his wife Grazyna Pachol, his mother Anna Pachol; his son Radoslaw and his wife Katarzyna and granddaughter Kamila Pachol; his daughter Renata Pachol, brother Czeslaw Pachol and his family, and sisters Jolanta Sezonowicz and her family and Bogumila Jaszczysyn and her family, and cousins Adam and Kazimiera Kagan, nieces Agnieszka Ramirez and her family, Anna Payner and her family and nephew Marcin Kagan and his family. A Mass of Christian Burial will be celebrated on Saturday, August 20, 2022 at 10:30AM at St. Hedwig Church, 872 Brunswick Avenue, Trenton, NJ 08638. Interment will be held in Poland at a later date. The viewing for Marian will be held on Saturday morning from 9:00-10:00AM at Poulson & Van Hise Funeral Directors, 650 Lawrence Road, Lawrenceville, NJ 08648. In lieu of flowers, memorial donations can be made to St. Hedwig Church.
Saturday
20
August

Share Your Memory of
Marian
Upload Your Memory View All Memories
Be the first to upload a memory!
Share A Memory
Send Flowers
Plant a Tree