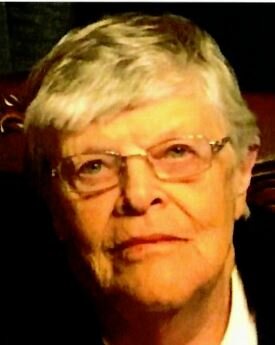 Please share a memory of Hilda to include in a keepsake book for family and friends.
View Tribute Book
Hilda Mary Fleck Lewis passed away 7/19/22 following a very short illness at the age of 89. She received her Undergraduate degree in Elementary Education from Cedar Crest College. She taught in Allentown, Doylestown, Glenside and a year on an Air Force base in Japan. She received her master’s degree in education from Temple University after traveling extensively throughout Europe. She married Dr. Lewis June 1967. They built a 4 veterinary practice consisting of cattle, horses and pets in Woodstown, NJ. In 1988 the veterinary practice was sold, and they moved to Adirondack Park in northern New York State. In 2012 she and Albert returned to Allentown to spend time with their children and grandchildren. She is survived by her husband Albert A Lewis DVM, her 2 daughters Rebecca MacDonald (Husband John MacDonald, children Emma & Ian) and Linda Lewis. She is predeceased by her father, Dr. Roland Fleck, MD, Mother Theresa Fleck, Sister Rolanda and Brother Will. A Memorial Service will be held on Friday September 16, 2022 at 11:00 AM at Luther Crest located at 800 Hausman Road, Allentown, PA 18104. Burial will be private.
Friday
16
September