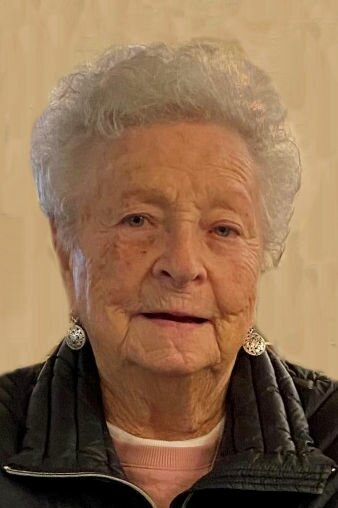 Please share a memory of Mary to include in a keepsake book for family and friends.
View Tribute Book
Mary T. Mack Chmiel, 98, of Lawrence Township died peacefully at her home on Sunday. Born in Morrisville, Pa she was a resident of Lawrence Township for 45 years. She was a retiree of the Anchor Thread Company of Groveville where she was a dedicated employee for 20 years retiring in 1971. Mary enjoyed her trips to Atlantic City, spending winters at her home in Naples, Florida and outings with her best friend Sophie. Wife of the late Albert A. Chmiel, Jr., mother of the late Rita Carol Mack and Dian Soltes and sister of the late Charles, Louis and Paul Dekmar Mary is survived by her son Barry Mack, her daughter Barbara Marshall and her husband David; step-children Joseph and Diana Chmiel, Clifford and Wanda Chmiel, Doretta and Allen Reed, Loretta Lawrence, Pamela Chmiel and Veronica and Walter Frihart along with many grandchildren and great-grandchildren. Funeral services for Mary will be held on Friday, June 3 at 10 AM at Poulson & Van Hise Funeral Directors 650 Lawrence Road Lawrenceville, NJ. Burial will follow in Sts. Peter & Paul Cemetery, Hamilton, NJ. Visitation for family and friends will be on Friday from 9 AM until time of services at the funeral home. Memorial contributions to honor Mary may be made to St. Jude Children’s Research Hospital, 501 St. Jude Place, Memphis, TN 38105 or at www.stjude.org.
Friday
3
June