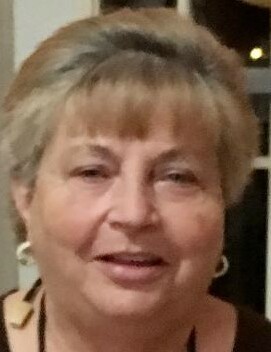 Please share a memory of Deborah to include in a keepsake book for family and friends.
View Tribute Book
Deborah Ann Williams Minch, 67, of Ewing Twp., passed away peacefully on Saturday, May 21, 2022 at home surrounded by her loving family. Born in Williston, SC, she was a longtime resident of Ewing Twp. Deborah is a retiree of Work Environmental Council of Trenton, where she was an administrative assistant. Some of her hobbies included being a devoted bingo player for many years, participating in book club, vacationing, spending time in South Carolina and spending time with her beloved grandchildren who were the light of her life. She was also a life member of the Pennington Road Fire Company and First Aid Unit Inc. and the New Jersey National Guard Family Support Club. Daughter of the late James B. and Peggy Williams, sister of the late Judi Monacchio; sister-in-law of the late Kathleen Raisani and Kenny Lovett; she is survived by her husband James J. Minch, III; her children and their spouses Jennifer and Kevin Rice, Kelly Minch, and James and Jillian Minch; her beloved grandchildren Jared and Keeva Rice, and Jackson and Braelyn Minch; her brother and sister-in-law Sandy and Harby Williams, her sister Wanda Lovett, brother-in- law Nick Monacchio; her stepfather Roger C. Bird; her brother-in- law Kamal Raisani, and brothers-in-law and sisters-in- law including Thomas and Karen Minch, Joseph and Dora Minch, Michael Minch and Karen Tuccillo, several cousins, nieces, nephews and close friends. Funeral services will be held on Wednesday, June 1, 2022 at 9:30AM at Poulson & Van Hise Funeral Directors, 650 Lawrence Road, Lawrenceville, NJ 08648. Interment will be held at Washington Crossing National Cemetery, Newtown, PA. The viewing for Deborah will be held on Tuesday evening from 5-8PM at the funeral home. In lieu of flowers, memorial donations can be made to the Lewy Body Dementia Association https://www.lbda.org/donate/
Tuesday
31
May