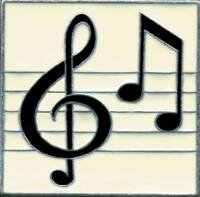 Please share a memory of Michael to include in a keepsake book for family and friends.
View Tribute Book
Michael John Filipowicz 66 of Hamilton NJ passed away on April 25, 2022, in Hamilton Nj Michael was born on September 17, 1955, to John and Eileen Filipowicz. Graduate of Lawrence High School in 1974. Michael was previously employed by Carter Wallace Laboratories, Russ Berrie Inc and Siemens. He was a member of DeCou Fire Hose company for many years and made many great life-long friends. In his younger days, he enjoyed playing softball with Filipowicz A.C. and JRM Construction, bowling in leagues and hunting with his brothers and nephews. In retirement, he enjoyed going to rock concerts and sporting events. Michael was an avid fan of the 76ers, Yankees, Phillies and Eagles. He loved to go camping and traveling with his daughter and their dog Gabriel. He loved listening to old 8 track tapes and records. His favorites were, Peter Gabriel, Metallica, Heart and Led Zeppelin. Any animal his daughter brought home, he loved and spoiled even if he was mad about it at first. Michael loved to tinker and build things. One of his favorite accomplishments was rebuilding a Go-Tag-Along Camper with his daughter. He was able to enjoy a few outings with the camper last year. Before his passing of Covid complications, Michael was a 3-time cancer survivor and had overcome several bouts of pneumonia. He was a fighter. He loved life and living simply. Some of his favorite times were just sitting in his or a friend’s backyard with a fire on a summer night. Michael is preceded in death by mother Eileen Filipowicz, father John Filipowicz, brothers, Alexander, Charles, James, Jack, Francis and sisters Eileen and Delores; he is survived by his daughter Jennifer Filipowicz, brother Robert Filipowicz and several nieces and nephews. Graveside services will be held on Friday, April 29, 2022 at 2PM at St. Hedwig Cemetery, Eggerts Crossing Road, Ewing Twp., NJ. There will be no calling hours.
Friday
29
April

Share Your Memory of
Michael
Upload Your Memory View All Memories
Be the first to upload a memory!
Share A Memory
Send Flowers
Plant a Tree