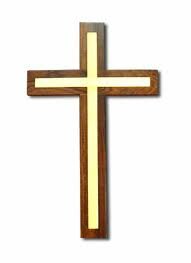 Please share a memory of Thomas to include in a keepsake book for family and friends.
View Tribute Book
The Right Reverend Doctor Thomas Sands Baker passed away at home with family by his side on April 19, 2022. A beloved husband, father, stepfather, and grandfather, Tom was born in Philadelphia, Pa, on March 2, 1944, to Arthur D. Baker and Louise Baker (nee Miller). Tom graduated from Denison University in 1966 and became an ordained Presbyterian minister in 1969. He went on to receive his Doctorate in Divinity from Princeton Theological Seminary, and was a Parish Associate of the Presbyterian Church of Lawrenceville. Shortly after graduating from college, Tom married Barbara Scholl, with whom he had two daughters, Lindsay Baker Agne (Rob) and Katharine (Cary) Baker (Gamble Staempfli). Following his first marriage, Tom married Carole Schmidt (nee Rogers) with whom he had a son, Glenn Baker, and also became stepfather to Wendy Schmidt (Ignacio Sanchez). After losing Carole to a long battle with cancer, Tom met and married Susan Higham Baker, becoming stepfather to Leigh VanKirk (Larry) and Corinne March. Tom was predeceased by his parents, Arthur and Louise and second wife, Carole. Tom is survived by his loving wife Susan, his three children, three stepchildren, nine grandchildren (Erin and Joseph Sanchez, Jackson and Leila Agne, Willa and Sylvie Staempfli, Abigail and Nate March, Silas Brosseau, and Emma VanKirk) and his brother A. David Baker and niece Alexandra (Baker) Shrake. Tom was a dedicated athlete and loved baseball, playing for both his high school and college teams; one of his great joys was participating in the Phillies Phantasy Camp in Florida. At the age of 41, he took up long distance running with fervor, and went on to run 11 marathons. In his late 40’s he picked up baseball again and played with the Mercer Mets over 40 league. Tom was a regular contributor to Fellowship and Prayer Magazine, as well as The Counsellor Magazine. He was a published author, whose books include: Understanding the Spiritual Nature of Addiction, and Corporate Time-Out. Professionally, Tom held the position of Manager of Employee Assistance for Johnson & Johnson. He regularly participated in charitable activities including service and maintenance at church, service trips to Louisiana after Hurricane Katrina, and the American Red Cross. Tom also served as a Board member of Lee’s College in Jackson, Kentucky, and Crawford House, a halfway house for women in Central New Jersey. Tom was a compassionate and gentle man, a deep thinker, a lover of words, a writer of poems, a lover of music and could turn just about anything into a pun faster than the eye could blink. He will be dearly missed by the many friends and family members whose lives he touched. A Celebration of Life will be held at the Presbyterian Church of Lawrenceville at 2688 Lawrenceville Road (Rt. 206), Lawrenceville, NJ on Saturday, April 30 at 11am. Doors open at 10:30am. Memorial gifts, in lieu of flowers, can be made to the Lewy Body Dementia Association - https://www.lbda.org/honor-memorial-gifts/
Saturday
30
April

Attendees can begin to arrive for the service on Saturday, April 30, 2022 at 10:30AM.
Online Memory & Photo Sharing Event
Online Event
About this Event

Share Your Memory of
Thomas
Upload Your Memory View All Memories
Be the first to upload a memory!
Share A Memory
Send Flowers
Plant a Tree