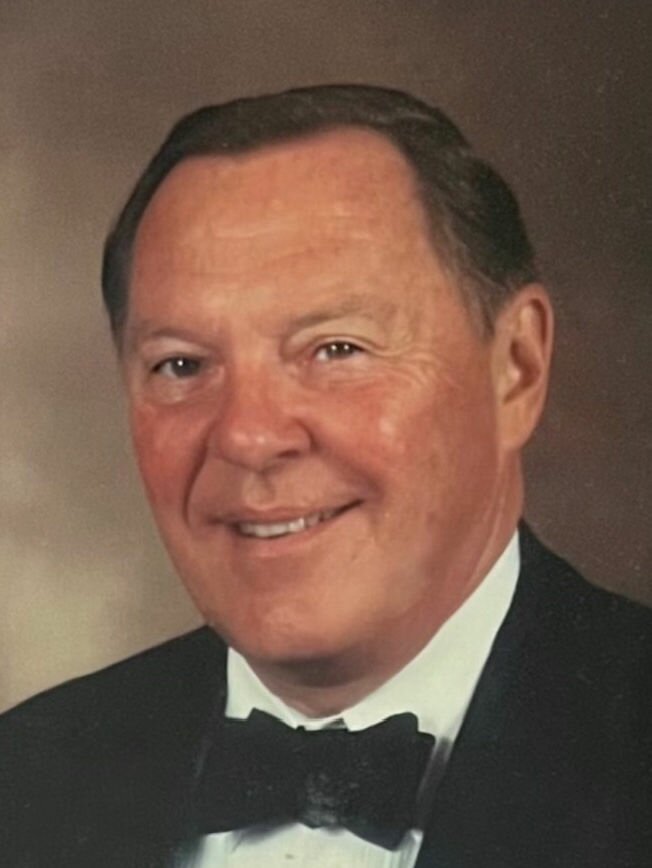 Please share a memory of Robert to include in a keepsake book for family and friends.
View Tribute Book
Robert J. Hiel, 88, of Lawrenceville, NJ, passed away on April 14, 2022 at the Princeton Medical Center in Plainsboro, NJ. Born in Trenton on November 4, 1933, Bob was the son of Jacob and Erma Hiel. He graduated from Trenton Catholic High School and received his bachelor’s degree from the University of Pennsylvania. Following college, he proudly served in the U.S. Army at Fort Dix. Bob was employed for most of his career at Reynolds Metals Company. Upon his retirement from Reynolds, he spent the better part of the next 20 years working at US 1: Princeton’s Business and Entertainment Journal. He was known by many businesses on the Route 1 corridor and downtown Princeton for his happy, friendly demeanor and his unending reliability. Bob was an avid golfer who enjoyed attending professional tournaments with his friends and family. He also showed his athletic prowess playing tennis and squash. Growing up above Hiel’s Restaurant and Bar in Chambersburg and next to the family-owned bowling alley, he became an excellent bowler and participated in several leagues. Bob maintained a summer residence in Seaside Park, NJ, where he enjoyed fishing on his Grady White boat, Ali Baba, and sharing his expertise with friends and family. Bob is survived by his wife, Elisabeth Allyn Hiel, his daughters, Elizabeth Ball (Michael) of Lawrenceville, NJ, Valerie Manczak (Mark) of Florence, NJ, and son, Robert Hiel (Maggie) of Hanahan, SC. He is also survived by his grandchildren, Taylor Hiel (Skylar), Stephanie Ball (Zach), Mason Hiel, Jacob Ball, Christian Ball, Samuel Ball, Hanna Spencer (Cameron), Robert “Bo” Hiel, Molly Manczak, and his great-grandson, Patrick “Patch” Spencer. In addition, he leaves behind his favorite little buddy, his dog, Ruff. Funeral Services for Robert will be held on Thursday, April 21st, at 11 AM in the Greenwood Cemetery Mausoleum, 1800 Hamilton Avenue, Trenton, NJ 08619. Visitation for family and friends will be from 10 AM until time of services in the mausoleum.
Thursday
21
April

Share Your Memory of
Robert
Upload Your Memory View All Memories
Be the first to upload a memory!
Share A Memory
Send Flowers
Plant a Tree