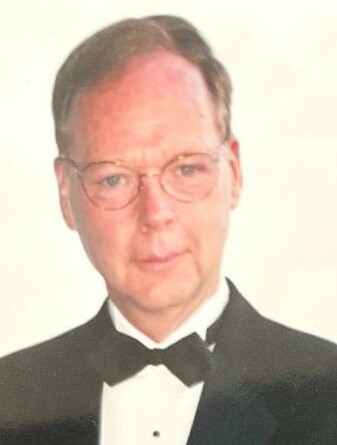 Please share a memory of Paul to include in a keepsake book for family and friends.
View Tribute Book
Paul E. Moran of Lawrenceville passed away on Tuesday, March 22, 2022, at Capital Health Regional Medical Center, following a brief illness. Son of the late Emmett and Mary Moran, Paul was born in Hornell, New York. Raised in Erie, Pennsylvania, Paul was a graduate of Gannon University and earned his MBA from Fordham University. A 50-year resident of Lawrenceville, Paul worked in recent years as a financial analyst for the Mercer County government. Throughout most of his career, however, he worked in senior management positions in international marketing for Avon, Halston, Inc., Parlux Fragrance Inc., and Guerlaine Fragrance. Following his formal retirement, Paul worked as a consultant in the fragrance industry. A veteran of the United States Army, Paul proudly served his country in Vietnam from 1968-1969. An officer in the Army’s military intelligence corps, he was attached to the Marines in South Vietnam, undertaking clandestine missions to provide intelligence to American forces in the field. Prior to serving in Vietnam, Paul was selected to attend the Army’s Presidio of Monterey Language Institute, where he became a Russian linguist. Long active in the community, Paul served as a scout leader in the 1970s, was active for many years as a lector and Eucharistic minister at The Church of St. Ann and was a dedicated volunteer with Lawrenceville Main Street and the Princeton Fete. As the head of one of the original families in the Lawrencewoods community, Paul served several terms on the board of the neighborhood association. Long considered to be the honorary “mayor” of the community, Paul’s skill at carving intricate jack o’lanterns delighted generations of local trick-or-treaters. His many dog owning neighbors will miss his friendly greeting and catching up on neighborhood goings on as he walked his rescue dog, Chance. Paul is survived by his wife of 56, years, Patricia (Patty) Flanigan Moran, his daughter Maura Moran Hillman of St. Petersburg, Florida, son Michael Moran (Jennifer Duffy Moran) of Annapolis, and grandchildren, Corey, Kelsey, and Kylie Hillman and Tyler, Tucker, Grace, and Tanner Moran. Paul was predeceased by his sisters, Marcia Fleming and Margaret Ann Murphy. Mass of Christian Burial will be celebrated on Monday, April 4, 2022 at 11AM at The Church of St. Ann, 1253 Lawrence Road, Lawrenceville, NJ 08648. Viewing will be held on Monday morning from 9:30-11AM in the daily chapel. Burial will be private at Arlington National Cemetery at a later date. In lieu of flowers, memorial donations can be made to Wounded Warriors or St. Joseph Indian School, PO Box 326, Chamberlain, SD 57326.
Monday
4
April

Share Your Memory of
Paul
Upload Your Memory View All Memories
Be the first to upload a memory!
Share A Memory
Send Flowers
Plant a Tree