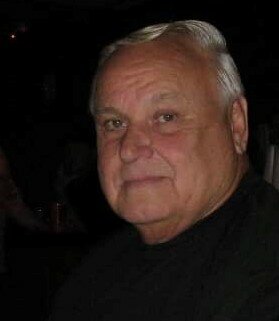 Obituary of Rudolph A. Fuessel

Please share a memory of Rudolph to include in a keepsake book for family and friends.
View Tribute Book
Rudolph A. Fuessel, Jr., 85, of Lawrenceville, passed away on Monday, March 14, 2022 at home. Born in Lawrenceville, NJ, he remained a lifelong Lawrence Twp. resident. Rudy was the Owner and Proprietor of R. Fuessel Pump and Tank Removal. He was a member of the Petroleum Equipment Contractors Association of NJ and the Petroleum Equipment Institute. Rudy was a life member of Slackwood Volunteer Fire Company, joining in 1957. He held the rank as Chief from 1967-1983 and was a driving force in all aspects for the better of the Fire Company and its’ volunteers. Rudy was a member of the International Association of Fire Chiefs, the Tri-Township Chiefs Association, and the Mercer County Fire Chiefs Association. Rudy was a sales representative for 3D, a company which sold fire apparatus. For all his accomplishments and achievements in Lawrence Twp., October 9th has been recognized as “Rudy Fuessel Day”. Some of his hobbies included fishing, country music, traveling, and tinkering with old photos. Son of the late Rudolph A. Sr. and Mary Fuessel, brother of the late Robert Fuessel, father of the late Rudolph A. Fuessel, III, step-father of the late Donald Cameron,; he is survived by his wife Carolyn “Sue” Fuessel; his daughters Karen Fraipont and her husband Brian, Donna McLaughlin and her husband Shawn, his son Karl Fuessel (Jill Piorkowski); six grandchildren Jamie (Jason), Elise, Rudolph, IV, Tyler, Jacob and Colin; seven great-grandchildren Amelia, Hailee, Victoria, McKenzie, Regan, Helena and Aysleigh; his sister June Woodward; several nieces, nephews and friends. Funeral services will be held on Friday, March 18, 2022 at 10:00AM at Slackwood Volunteer Fire Company, 21 Slack Avenue, Lawrenceville, NJ 08648. Entombment will be held at Our Lady of Lourdes Cemetery, Hamilton Twp. The viewing for Rudy will be held on Thursday afternoon from 3-8PM and on Friday morning from 9-10AM at the fire company. Fire Company services will begin promptly at 7:00PM on Thursday There will be no calling hours at the funeral home. In lieu of flowers, memorial donations can be made to Slackwood Volunteer Fire Company 21 Slack Avenue, Lawrenceville, NJ 08648, or to the Sunshine Foundation Mercer County Chapter, Po Box 55130, Trenton, NJ 08638 or to the charity of the donor’s choice.
Print
Thursday
17
March