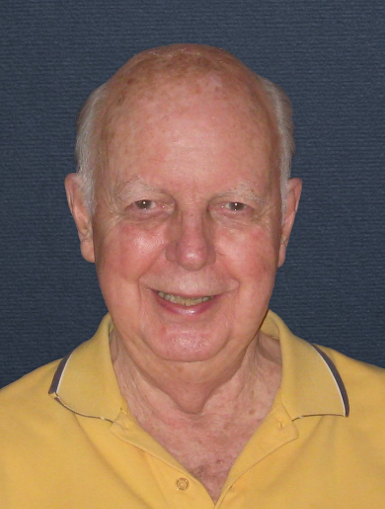 Please share a memory of Culver to include in a keepsake book for family and friends.
View Tribute Book
Culver “Cul” F. Hayes, Jr., 90, formerly of Neptune, NJ, passed away on Wednesday, February 16, 2022 at Morris Hall Meadows, Lawrenceville, NJ. Born in Fort Edward, NY, Cul was the son of the late Culver F. Hayes, Sr., a newspaper editor, and Ruth (Coons) Hayes, a hairdresser. He attended Union College and the University of Vermont, graduating in 1954 with a degree in economics. After graduation, he served overseas in the United States Air Force and then began a long career with the New York Telephone Company and AT&T as a personnel manager. Culver met his wife, Caroline (Casey) Hayes, at the University of Vermont. They married in 1958 and settled in Albany, NY, where their two children were born. The family moved to Berkeley Heights, NJ, in 1970, when Cul was promoted to the New York Telephone Company’s office in Manhattan. Cul was active as a church elder and treasurer at Westminster Presbyterian Church in Berkeley Heights. Following his retirement from AT&T in 1990, Cul began a second career working for several years as the business manager for Central Presbyterian Church, in Summit, NJ. He also found time to work as a seasonal tax preparer for H&R Block, putting his financial skills to good use. Cul and Caroline moved to Seabrook Village in Tinton Falls, NJ in 2000. Cul served as treasurer for the resident organization, was an active member of the Silver Tones and bell ringers musical groups, co-hosted a weekly in-house TV show, “Two Guys from Seabrook,” and stepped in as bingo caller on occasion. He also garnered local fame for completing 4000 workouts by age 85 at the Seabrook Fitness Center. Cul was a loving husband for 56 years to the late Caroline C. Hayes, who died in 2014. He is survived by his devoted children and their spouses, Elisabeth “Betty” and Jim Gee, and Culver F. “Buddy” and Denise Hayes; his adoring grandchildren Megan, Brian and his wife Taylor, Steven, and Jonathan; and his much adored great-granddaughter Evelyn. A private interment will be held in East Greenbush, NY, with a memorial service to be held at a later date. In lieu of flowers, memorial donations may be made to the Seabrook Resident Care Fund, c/o Ann Marie Matthews, 3000 Essex Road, Tinton Falls, NJ 07753.

A Memorial Tree was planted for Culver
We are deeply sorry for your loss ~ the staff at Poulson-Van Hise Funeral Home
Join in honoring their life - plant a memorial tree
Services for Culver Hayes
There are no events scheduled. You can still show your support by planting a tree in memory of Culver Hayes.
Plant a tree in memory of Culver
Print
Online Memory & Photo Sharing Event
Online Event
About this Event