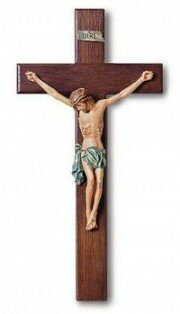 Obituary of Louis A. Garruba

Please share a memory of Louis to include in a keepsake book for family and friends.
View Tribute Book
Louis A. Garruba, 80, of Lawrenceville, passed away on Thursday, February 10, 2022 at Capital Health Regional Medical Center, Trenton, NJ. Born in Trenton, NJ, he was a longtime resident of Allentown, NJ, before moving to Lawrenceville. He is a graduate of Trenton Central High School. Louis is a Veteran of the Vietnam War, having proudly served his country with the US Air Force. Son of the late Christopher and Josephine Garruba, brother of the late Joseph L. Garruba, brother-in-law of the late Mildred Garruba; he is survived by his loving wife Mary (nee McCormick) Garruba; his beloved daughter Kathleen Sandusky; two beloved grandchildren Caitlin and Lauren Sandusky; his brother and sister-in-law James and Mary Garruba; two nieces Christine Roughgarden and Danielle Garruba. A Mass of Christian Burial will be celebrated on Tuesday, February 15, 2022 at 11:00AM at The Church of St. Ann, 1253 Lawrence Road, Lawrenceville, NJ 08648. Interment will be held at St. Mary’s Cemetery, Hamilton, NJ. There will be no calling hours. In lieu of flowers, memorial donations can be made to the charity of the donor’s choice.
Print
Tuesday
15
February