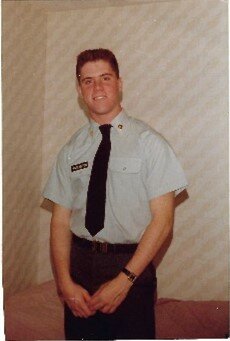 Please share a memory of Thomas to include in a keepsake book for family and friends.
View Tribute Book
Thomas G. Watlington, III, 54, of Pennington, New Jersey, passed away Tuesday, February 8th, 2022 at the Capital Health Medical Center in Hopewell, New Jersey. Born in Princeton, New Jersey, he was a former Ewing resident before moving to Pennington. Thomas was a 1985 graduate of Hightstown High School in Hightstown, New Jersey. Thomas is a nine-year veteran of the United States Army. He served his country during Operation Desert Storm. Thomas was involved with many veterans’ groups and was the past post commander for the VFW Post 3022 in Lawrenceville and is a member of the American Legion Post 414. Some of his favorite pastimes included trips to Wildwood and Atlantic City, and his beloved feline companion, Ralphie. He adored his loving wife Rachel and enjoyed spending quality time with his family and friends. He is survived by his loving wife Rachel Watlington; his son Christopher Watlington; his mother and stepfather Patricia and Winthrop Headley, his sister Summer Headley and brother Jonathan Headley; his father and stepmother Thomas Watlington II and Jean Watlington; his sister Alyssa Watlington, and brother Sean Watlington. Funeral services will be held on Saturday, February 12, 2022 at 12PM at Poulson & Van Hise Funeral Directors, 650 Lawrence Road, Lawrenceville, NJ 08648 A memorial gathering will be held on Saturday morning from 11AM-12PM at the funeral home. Interment will be held privately. In lieu of flowers, memorial donations can be made to Wounded Warrior Project.
Print
Saturday
12
February