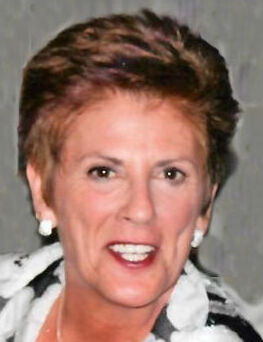 Please share a memory of Diana to include in a keepsake book for family and friends.
View Tribute Book
Diana L. Kozlowski, 73, of Ewing, passed away on Thursday, January 6, 2022 at Capital Health Medical Center, Hopewell. Born in Yardville, NJ, Diana was a resident of Ewing for many years. She was a graduate of Hamilton West High School and Rider University. She was associated with many of the major law firms throughout Mercer County where she served as a legal secretary. Diana ultimately retired from Hill Wallack of Princeton. Over the years, Diana enjoyed spending time on the Jersey shore, especially her favorite, LBI. She was an avid fan and promoter of youth sports when her children were growing up. In her later years, she dedicated time to her grandchildren. She loved being Grammy and she was their biggest cheerleader at every sports game, play and milestone event. One of her personal passions was advocating for animal rights by being a member and supporter for many regional and national animal rights organizations. Daughter of the late Joseph and Lucille Leto; she is survived by her husband of 51 yrs. Ronald J. Kozlowski; son Marc and his wife Tricia Kozlowski, daughter Kristy Kozlowski; sisters Joann Leto and Eileen Keilman , brother Joseph Leto; sister-in-law Maryann Cermele and her grandchildren Jake and Lauren Kozlowski. A Mass of Christian Burial will be celebrated on Wednesday, January 12 at 11 AM at St. Hedwig Church, 872 Brunswick Avenue, Trenton, NJ 08638. Private family burial will follow at St. Hedwig Cemetery, Ewing Twp. Visitation for relatives and friends will be held prior to mass from 9:00 to 10:30 AM Wednesday at Poulson & Van Hise Funeral Directors, 650 Lawrence Road, Lawrenceville, NJ 08648. The family strongly suggests that masks be worn in keeping with CDC guidelines. In lieu of flowers, memorial donations can be made to the Ewing Animal Shelter, EASEL Animal Rescue at https://www.easelnj.org
Wednesday
12
January