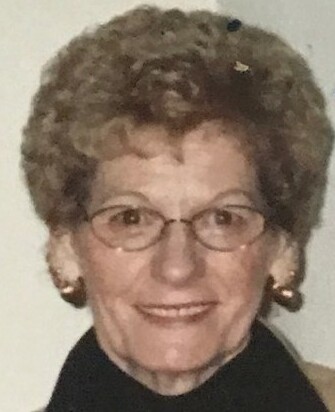 Obituary of Teresa A. O'Reilly

Please share a memory of Teresa to include in a keepsake book for family and friends.
View Tribute Book
Teresa A. O’Reilly, 89, of Lawrenceville passed away peacefully on Thursday, December 16, 2021, at Grace Gardens Memory Care Unit in Lawrenceville, NJ. Teresa was born in Ballinlough Co. Roscommon, Ireland. She moved to the United States in 1959. She worked at the Princeton Inn for several years along with her sister, Sarah. The love of her life, Felix, followed her to the United States and in 1962, they were married at St. Paul’s Church in Princeton. They moved to Lawrenceville where they started their family of four boys. She worked at Green Acres Country Club for several years as a server. She spent many years working for the State of New Jersey, from which she would eventually retire. She was a parishioner at The Church of St. Ann where she was an active volunteer at the school, assisting with the Hot Lunch program while her sons attended. She was also part of the Alter Rosary Society. After retirement, she lovingly gave her time to others, volunteering to sing at funerals of parish members. In addition, she volunteered at Mercer County Library in Lawrence Township. Teresa loved cooking for her family. She continued the tradition of making Irish Soda Bread, much to the delight of her growing family. Her four boys always looked forward to receiving their care packages while in college, knowing that this homemade favorite would probably have made its way into the box. In later years, a cup of tea and a loaf of Irish Soda Bread would always be waiting for her sons, their wives and her nine grandchildren upon their arrival. Teresa enjoyed reading, decorating her home for the holidays and talking on the phone with her family, always ready for the latest update of what her Grandchildren were up to. When it was harder to do these things, she would spend time going for walks, enjoying a cup of tea and conversation at the kitchen table and (tolerating) watching hockey – all with her lifelong dance partner, Felix. Sometimes, if you were lucky, you might even catch a glimpse of them dancing in the kitchen. Daughter of the late Patrick and Margaret Connell, preceded in death by siblings John Connell, Patrick Connell, Sarah Connell, Kathleen Houlihan, Elizabeth Donohoe and Margaret Connell; She is survived by her husband of 59 years Felix O’Reilly her children and spouses Kevin and Anita O’Reilly, Brendan and Maureen O’Reilly, Eamon and Cathy O’Reilly and Dermot and Barbara O’Reilly. 9 grandchildren and 1 great-grandchild. She is survived by brother, James Connell A Mass of Christian Burial will be celebrated at 10:30AM on Thursday, December 23, 2021 at The Church of St. Ann, 1253 Lawrence Road, Lawrenceville, NJ 08648. Attendees are asked to arrive to the church by 10:15AM. Interment will be held at Lawrenceville Cemetery, Lawrenceville. The viewing for Teresa will be held on Wednesday evening from 5-7PM at Poulson & Van Hise Funeral Directors, 650 Lawrence Road, Lawrenceville, NJ 08648. In lieu of flowers, memorial donations can be made to Us Against Alzheimer’s: https://bit.ly/32a9inh and Meals on Wheels of Mercer County: https://bit.ly/3yEQuIr Please note that your gift is in Teresa O’Reilly’s memory and that you would like the family to be notified of your contribution.
Print
Wednesday
22
December