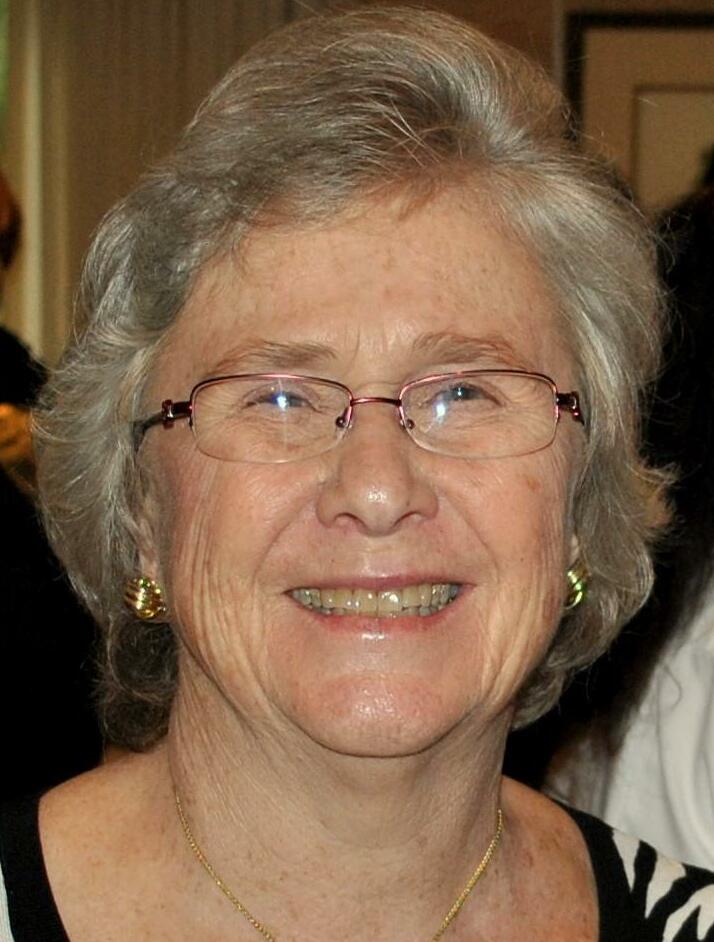 Please share a memory of Evelyn to include in a keepsake book for family and friends.
View Tribute Book
Evelyn Anne Gill, 79, of Lawrenceville, NJ, passed away on Wednesday December 8, 2021 after a short battle with Glioblastoma. Evelyn was predeceased by her parents, James and Elizabeth Dye, brother George Dye and her husband of 48 years, George M. Gill. A loving mother and a proud grandma, she is survived by two sons James Albert and Scott George, daughter-in-law Tara A. Gill, her beloved grandchildren Adam R. Gill, Logan S. Gill, Clara E. Gill, Brody F. Gill, and Derek W. Gill, sister Betty Haymon, brother-in-law David M. Gill, nephew Jim Haymon, wife Colleen, and nieces Sarah Foster, husband Chris, Heather Plati, husband Josh. Born in Newport, Rhode Island; she resided in Lawrenceville for the past 53 years. Evelyn attended Rogers High School and was the number one ranked tennis player in the New England Juniors during the late 1950s and early 1960s. She attended Lake Forest College and went on to earn four letters in tennis and three in basketball and field hockey, respectively, and a spot in Lake Forest College’s athletic hall of fame. Evelyn later earned a Master's degree from Smith College. Evelyn taught tennis at the Princeton Indoor Tennis Center and the Trenton YWCA, where she became Director of Health Education and Recreation and Women's Services. Through her involvement with the Jaycee-ettes, Evelyn founded the Mercer County Girls' Track Meet, the first county-wide track meet for high school girls. In addition to serving as Past President for the New Jersey Jaycee-ettes and treasurer for the United States Jaycee-ettes, she was an Elder and Chairman of the Christian Education Committee at Lawrence Road Presbyterian Church, and an active member of Allentown Presbyterian Church. In 1985 Evelyn co-founded Prevention Education Inc (now PEI KIDS), a social service agency to promote and maintain a safe environment for all children. Among PEI's successes was implementing one of the first Child Assault Prevention (CAP) projects in New Jersey. The NJ Governor's Task Force on Child Abuse & Neglect selected CAP as the first primary prevention program in the state. Evelyn was devoted to youth soccer on the local, state and national levels for more than four decades. Evelyn began her involvement with youth soccer coaching her sons at the recreational and competitive level. Evelyn was elected as the president of New Jersey Youth Soccer three times. She established the first NJYS state office, initiated the US Youth Soccer American Cup festival, and organized the New Jersey Youth Soccer's first coaching workshop. Evelyn was chosen as the Secretary on the US Youth Soccer Board of Directors in 1996 and held that position until elected as the Vice President of the US Youth Soccer Board of Directors, which she held for 14 years. Evelyn was also on the US Soccer Board and a Committee member for Disabled Athletes, and in 2015 Evelyn was inducted into the US Youth Soccer Hall of Fame. Evelyn loved attending the performances of all her grandchildren, be it soccer games, concerts or theater productions, as they held an extraordinary place in her heart. Her dedication to helping others and her passion for soccer will be sorely missed and has left a hole in our hearts and an empty chair on the sidelines of her grandchildren's soccer games. Funeral services will be on Wednesday, December 15, 2021 at 10:00 AM at Allentown Presbyterian Church 20 High Street, Allentown, NJ 08501. Interment will follow at Ewing Church Cemetery. Relatives and friends can call for Evelyn on Tuesday, December 14, 2021 from 4:30 – 6:30 PM at Poulson & Van Hise Funeral Directors, 650 Lawrence Road, Lawrenceville, NJ 08648 Remembrance donations may be made to: PEI Kids Inc. 231 Lawrence Rd., Lawrenceville, NJ 08648.
Tuesday
14
December

Share Your Memory of
Evelyn
Upload Your Memory View All Memories
Be the first to upload a memory!
Share A Memory
Send Flowers
Plant a Tree