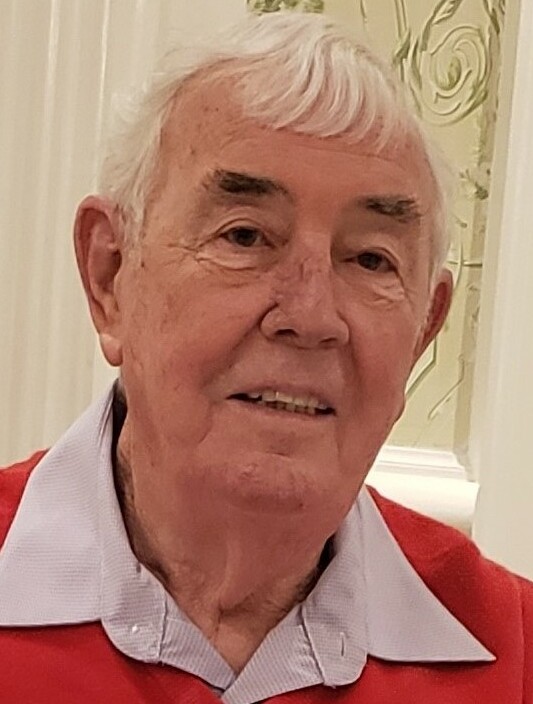 Please share a memory of Robie to include in a keepsake book for family and friends.
View Tribute Book
Robie Sherburne Farmer, 84, of Ewing Twp., passed away on Friday, December 3, 2021 at Capital Health Regional Medical Center, Trenton, New Jersey. Born in Weare, NH, Robie was a former resident Fairborn, OH, before moving to Ewing, NJ a year and a half ago. He is a retired Chief Master Sergeant with the United States Air Force, and member of the Chiefs Club. Later retired from Civil Service with a total of 52 years federal service. Robie enjoyed sharing time with family and friends. He was an avid hunter and enjoyed his time with Tom Smith, his brother-in-law at his camp in Stonington, MI (upper peninsula). Robie loved to bowl, fish, golf, garden, ride his motorbike, and attend a good auction with his family. He looked forward to nights at the casino, and week-end trips with his wife and family. He was a pet lover through the years. Robie was an avid fan of the Green Bay Packers. He was a member of the Fairborn American Legion Post, the VFW Post, the Fairborn Eagles Wright Aerie #261, and in New Jersey the Ewing Elks Lodge No. 105. Son of the late Albert and Rita Farmer; he is survived by his wife Maxine Elizabeth Smith Farmer; one daughter Suzann Carole Farmer Mohacsi and husband Phil Mohacsi; his grandchildren and their spouses Nicholaus Philip Mohacsi and wife Sarah all from New Jersey, and Terri Elizabeth Adams and husband Phil, one great granddaughter Jennifer Adams and a great grandson due in February 2022 all from Pennsylvania; his sister Phyllis Bailey Anderson from Massachusetts, two brothers and sisters-in-law Frank Farmer and his wife Barbara, and Norman Farmer and his wife Sandi from New Hampshire; multiple nephews and nieces and extended United States Air Force friends and family; and his beloved K-9 Goldendoodle companion Fussy. Funeral services and interment will be held privately and at the convenience of the family. Since Robie was an dog lover, the family request donations be made in his memory to the ASPCA www.aspca.org

Look inside to read what others have shared
Family and friends are coming together online to create a special keepsake. Every memory left on the online obituary will be automatically included in this book.
View Tribute Book
Services for Robie Farmer
There are no events scheduled. You can still show your support by planting a tree in memory of Robie Farmer.
Plant a tree in memory of Robie

Share Your Memory of
Robie
Upload Your Memory View All Memories
Be the first to upload a memory!
Share A Memory
Plant a Tree