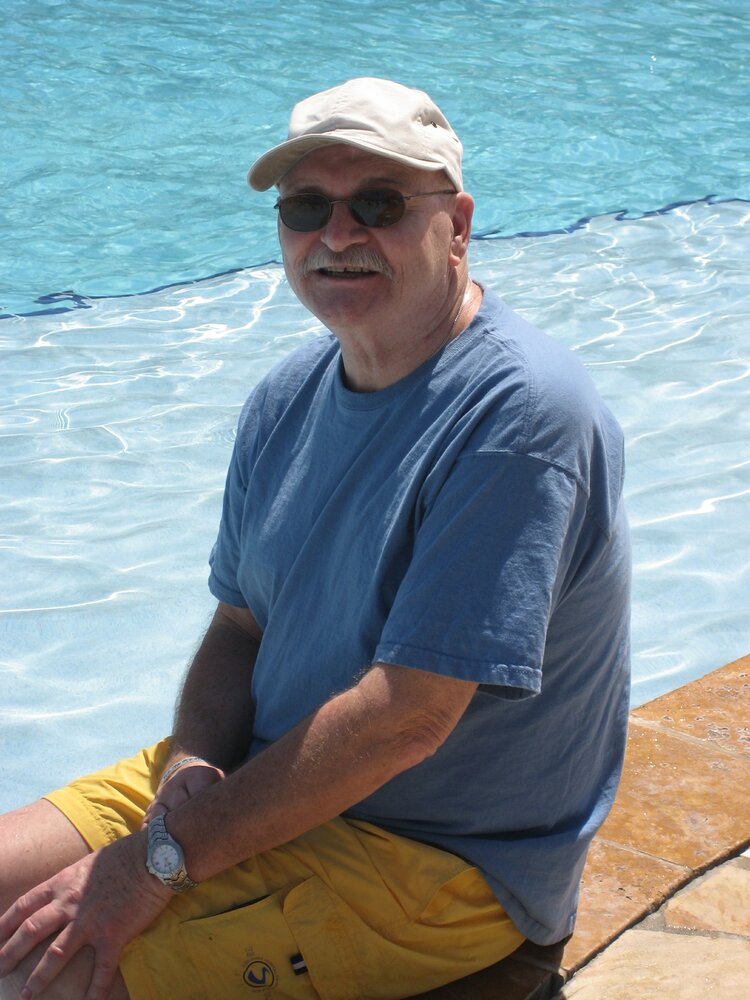 Please share a memory of Joseph to include in a keepsake book for family and friends.
View Tribute Book
Joseph Aloysius Lawlor, Jr., age 80, was finally granted the peace that he so sought in his time on earth, on October 16, 2021, with his daughters by his side. Born June 4, 1941, in Jersey City, NJ he was the oldest child of Joseph and Rose O’Callahan Lawlor. He married Nancy Meerbott in November of 1965 at St. Aloysius Church. They had two daughters, Janet and Kathy. Joe moved with his family to Avon by the Sea, NJ in 1977 and finally to Lawrenceville in 2018. He loved his family, traveling to the Caribbean, music from the 50’s, Christmas, Jersey City, the history of World War II, John Wayne, anything and everything sweet and a “container of cawfee”. Joe was predeceased by his wife Nancy in 2009, as well as his parents and siblings, Dennis, Maureen, Mary Jane and Walter Lawlor. He is survived by his daughters and their husbands; Janet and Timothy Sinkewicz and Kathleen and Patrick Westhoven and his grandchildren, Grace and Teagan Sinkewicz and Maeve, Kayla and Sean Westhoven. Joe served as a dedicated police officer for Conrail until the stress of his duties made it impossible for him to continue in the job that he loved. The family requests you please support police officers and first responders in honor of their father. In memory of our dad, we request that you do whatever you feel comfortable with to break the cycle of mental illness and depression. Be strong enough to ask for or give help. Be brave enough to see and share joy. Be grateful for the little things. And always know you are enough. A memorial mass will be held on Saturday, October 30, 2021 at 11 AM at St Elizabeth Church,424 Lincoln Avenue, Avon by the Sea, NJ 07717. Memorial donations to honor Joe may be made to the Avon First Aid Squad, 515 Main Street, P.O. Box 3, Avon by the Sea, NJ 07717 or to the Lawrence Twp. Emergency First Aid Squad 165 Pilla Avenue, Lawrenceville 08648.
Saturday
30
October