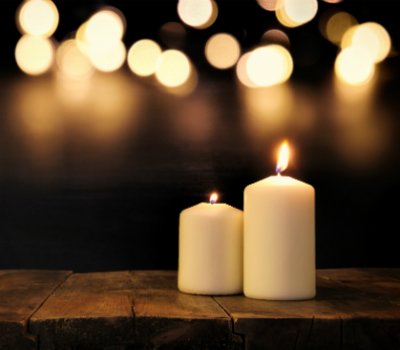 Please share a memory of Walter to include in a keepsake book for family and friends.
View Tribute Book
Walter M. “Wally” Garay, 65, of Ewing Twp., passed away on Monday, October 4, 2021 at Capital Health Regional Medical Center, Trenton, NJ. Born in in Trenton, NJ, he was a longtime resident of Ewing Twp. Wally started out in shop in high school learning how to work on engines especially Volkswagen's. He became a Volkswagen mechanic after working at Ingersol Rand a few years. He purchased/restored three (3) VWs in his lifetime. He retired early from General Motors, where he was a production worker. He could trouble shoot the machines and took on many other tasks because he was a superior, loyal worker. He was a longtime member of American Legion Post #314 in Ewing Twp and a Sons of the American Legion. Wally enjoyed playing on their quoit team with his wife as a partner. He was also a member of NJ Antique Tool Association CRAFTS for ten (10) years. Wally was a motorcycle enthusiast, enjoyed bowling in a league, member of a GM softball league as a pitcher, enjoyed buying and selling antique tools, going to yard sales, flea markets and estate sales, selling at flea markets, enjoyed traveling with his wife of 31 years (nearly 49 together) in his RV, enjoyed gardening especially tomatoes and hot peppers. He made his own flakes and poppers and was happy to give them to friends/family or sometimes a person he just met. Wally enjoyed just being outside and tackling a project or working on lawn mowers. He had a passion for the Yankees baseball team and a dedicated room in the upstairs of his home filled with Yankee memorabilia. He loved his two (2) Bluefront Amazon parrots he shared in his life for 26 and 30 years and most times had one on his shoulder. Wally had a passion for music especially classic rock and blues and was an avid collector. He was a longtime member of the UAW Dart League and the American Legion Dart League. He was known to many as a handyman who could fix anything and was always helping someone. Wally was a loving husband, son, brother and friend who also spent memorable time with nephews and nieces and will be dearly missed by all who knew and loved him. Son of the late Thomas Garay; he is survived by his wife Judith Canulli Garay; his mother Joan M. Garay; his late brother Tommy Garay; his late sister Mary Garay Hamlen; Also survived by: brother Bob Garay (Donna); brother Don Garay (Janet); brother Ken Garay (Patty); sister Marjorie Garay LeBron (Carmelo); brother Steve Garay (Theresa) and many nieces and nephews. Funeral services will be conducted on Tuesday, October 12, 2021 at 12:00PM at Poulson & Van Hise Funeral Directors, 650 Lawrence Road, Lawrenceville, NJ 08648. Visitation for Wally will be held on Tuesday morning from 11:00 AM until 12 Noon at the funeral home. Inunrment will be held at Ewing Church Cemetery, 100 Scotch Road, Ewing Twp. In lieu of flowers, memorial donations can be made to The Nature Conservancy.
Tuesday
12
October

Share Your Memory of
Walter
Upload Your Memory View All Memories
Be the first to upload a memory!
Share A Memory
Send Flowers
Plant a Tree