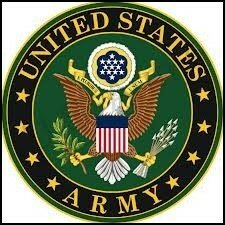 Please share a memory of Leroy to include in a keepsake book for family and friends.
View Tribute Book
Leroy E. Hoch, 93, of Hamilton Square, passed away on Sunday, October 3, 2021 at St. Joseph’s Skilled Nursing Unit, Lawrenceville, NJ. Born in Trenton, NJ, he was a former resident of Lawrenceville, before moving to Hamilton Square. Leroy was a Veteran of WWII, having proudly served his country with the US Army. He was the proprietor of Rendezvous Bar in Lawrenceville for 25 years. Leroy previously worked for Universal Auto Repair and was the manager at Colonial Bowling Lanes in Lawrenceville which were both owned by his late father and he was the former maintenance man at King James Nursing Home. Leroy was a proud member of the Lawrence Lions Club for more than 40 years and served many, and various other charitable organizations. Some of his hobbies included hunting, fishing and, he was quite a handyman. Son of the late Charles and Josephine Hoch, brother of the late Charles Hoch, and his late twin brother his Eugene Hoch, grandfather of the late Timothy Martin; he is survived by his wife of 41 years Patricia Hoch; his children Patricia Daniels, Bruce Hoch, Marian Oline, Patricia Polascak, Kathleen Martin and Nancy Zdanowicz; several grandchildren, great-grandchildren, nieces and nephews; his sisters-in-law Joan Smith, Leanilda Hollins and Jackie Stillitano Funeral services will be held on Wednesday, October 6, 2021 at 3PM at Poulson & Van Hise Funeral Directors, 650 Lawrence Road, Lawrenceville, NJ 08648. Interment will be held privately with military honors at a later date at Washington Crossing National Cemetery, Newtown, PA. The viewing for Leroy will be held on Wednesday afternoon from 2-3PM at the funeral home. In lieu of flowers, memorial donations can be made to St. Jude Children’s Hospital www.stjude.org
Wednesday
6
October

Share Your Memory of
Leroy
Upload Your Memory View All Memories
Be the first to upload a memory!
Share A Memory
Send Flowers
Plant a Tree