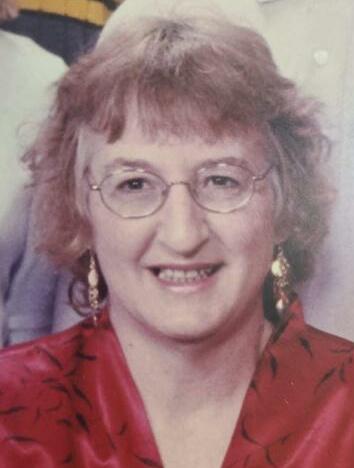 Please share a memory of Karen to include in a keepsake book for family and friends.
View Tribute Book
Karen Paulsen, 60, of Ewing passed away peacefully at home surrounded by her loving husband, three children and fur-babies after a harrowing battle with cancer in the early morning of Saturday, September 11th 2021. Karen was the 4th daughter of Henry and Esther Lloyd. She grew up in the Catholic School system, graduating from Notre Dame High School. In September 1987, she married the man of her dreams, John. After two years of happily, PEACEFUL, wedded bliss they welcomed a spunky baby boy, Christopher into their lives. Shortly after came a smiling baby girl, Kaitlin and a little while later came the sunshine of the family, Amy. Karen's popularity amongst her children's friends boomed after earning the titles "Spice Mom" and "Pokemon Master". Karen was a true believer in "living life to the fullest" being more important than any subject taught in a school. Sometimes letting her kids stay home from school to go to the zoo, or the aquarium. The penguins were always her favorite. Karen was a fiercely protective mother to her own biological children, and to those she "adopted" throughout the years. She was her children's biggest cheerleader, allowing them to be themselves and pursue whatever their dreams may be that particular day, as they changed often. The most important thing to Karen was her family's happiness. Karen most recently worked at the Pennington Shoprite, of which she worked in many different departments, but her most favorite was her time as "the hot dog lady" selling hot dogs for charity outside of the store. If you knew Karen, this would be very on brand as she enjoyed going out to eat at many different restaurants, but nothing could ever beat a simple hot dog from Hot Dog Johnny's. While at home she enjoyed spending her time watching true crime docs with her many fur children over the years, especially her dogs, Honey and Daisy. Her family often joked that she would watch these shows to plan our demise so she could have peace and quiet with just the dogs and cats, with Amy being the only human survivor. Karen enjoyed her "snicky snacks" and would often share a cupcake or two, or three with whichever dog was closest by, often seeking out the other to make sure they got one too. Her love of her animals is equal to the love of her family. There is nothing she wouldn't do for an animal, just like she would do anything for her family. Karen also loved movies, which is something the family would often bond over. Some of her favorites being "Top Gun", "Armageddon", "Transformers", anything and everything Marvel related, and anything having to do with a giant monster destroying a city. One of Karen's most favorite past-times though was getting the 5 star spa treatment from her daughter, Kaitlin. While practicing for her cosmetology license, Karen quickly became Kaitlin's number one customer. Hair, nails, eyebrows, you name it, Karen would always get the celebrity experience. Even when Kaitlin was first learning and would make mistakes, Karen would tell her that she loved her hair anyway. Which is true for all of her kids, teaching them to love themselves, flaws and all. Karen's "huuuugest" love however is her love for her husband John. The love they have for one another is inspirational. The most pure, unconditional love. The kind of stuff you only read about in books. Through every storm, for better or worse, for richer for poorer, in health and in sickness, their love for eachother and their family stood strong and solid. Karen lives on through her husband John Paulsen. Their son Christopher and his husband Benjamin or as Karen called him "her Benny". Their daughter Kaitlin and her husband Chris AKA "Mendel". Their daughter Amy and her fur-baby Yoshi. Her sister Shirley and her husband Jack and their daughter Jennie. Her sister Linda, and Karen's "favorite" nephews Eric and Brian. Karen's best friend and her favorite child, her dog Daisy. And her other fur-children, Loki, Piper, Jack, Shia and Bree. "We love you 3000, Mommy" Funeral services are private. In lieu of flowers, please make donations in Karen's name to the Ewing Animal Shelter.

Look inside to read what others have shared
Family and friends are coming together online to create a special keepsake. Every memory left on the online obituary will be automatically included in this book.
View Tribute Book
Services for Karen Paulsen
There are no events scheduled. You can still show your support by planting a tree in memory of Karen Paulsen.
Plant a tree in memory of Karen

Share Your Memory of
Karen
Upload Your Memory View All Memories
Be the first to upload a memory!
Share A Memory
Plant a Tree