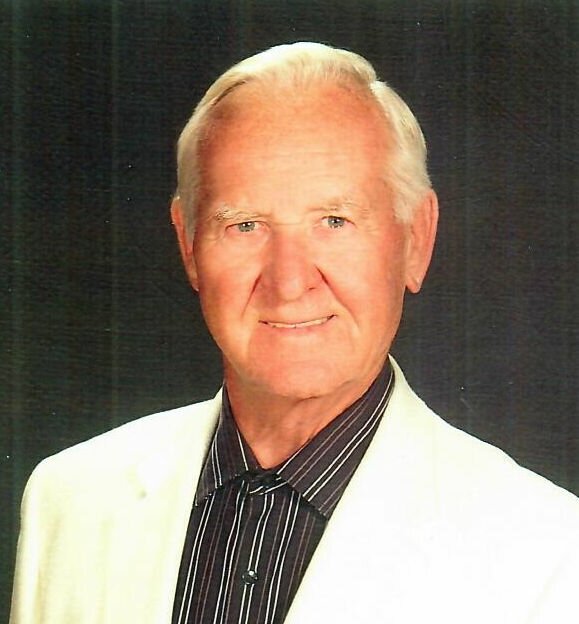 Please share a memory of Joseph to include in a keepsake book for family and friends.
View Tribute Book
Joseph Michael Capes, 96, of Hopewell Township died Monday August 30, 2021 at Penn Medicine Princeton Medical Center in Plainsboro Township. Born in Clearfield, Pennsylvania, after his parents had immigrated from Poland, he lived in Lawrence Township for many years before building a home in Hopewell Township where he lived since 1953. Joseph was a highly decorated World War II veteran who served in the Pacific Theater as a Sergeant with the 1st Calvary Division, also known as the “First Team”. After being drafted by the US Army in 1943 and enduring several months of battle training, he became a 40-caliber machine gunner fighting in New Guinea, the Admiralty Islands, Leyte, Luzon and Samar. The 1st Calvary, under the command of General Douglas MacArthur, was the first fighting unit to enter Manilla. After days of intense urban fighting, during which time Joseph earned a Purple Heart for injuries sustained in battle, he denied hospitalization to remain with his unit and was instrumental in freeing over 3,000 American and international prisoners who were near death at the Santo Tomas internment camp. Joseph was on a transport ship located next to the USS Missouri and witnessed the ceremony when Japan surrendered to conclude the war. Due to its heroism, General MacArthur selected the 1st Calvary to be the first troops to enter and occupy Japan after the surrender and he was stationed as part of the occupational forces and a member of the military police for 10 months. When Joseph was sent home from the war, his transport ship was caught in a severe typhoon upon which the ship broke one of its rudders, having to return to Japan for repairs before disembarking on his final journey home. During his lifetime, Joseph spoke with great admiration of the Japanese people whom he met during the occupation period and who hosted him and his fellow soldiers for visits and meals. He was awarded two Purple Hearts for multiple injuries sustained while in combat, six Bronze Stars for heroism in a combat zone, the Asiatic-Pacific Campaign Medal, the World War II Victory Medal and the Philippine Liberation Ribbon. Joseph was employed as a sales representative with Wirth Lumberama and Northeastern Building Supply until his retirement in 2010 at the age of 85. He was also a private general contractor throughout his career, building several homes in Pennington, NJ, including his own. His knowledge of architectural design, estimating and building construction was beyond compare. Joseph enjoyed saltwater fishing, hunting, coaching baseball, golfing, gardening and was an avid New York Mets fan since their founding in 1962. The Mets helped him celebrate his 80th birthday in 2005 at Shea Stadium by allowing him to attend batting practice and introducing him to many famous Mets players and coaches, not to mention Mr. Met. He was very fond of vacationing in Europe and visiting different countries to observe their lifestyles and enjoy their cuisine. Canada and Mexico were also on his list as were many states within the USA. One of twelve children, Joseph was the son of the late James and Lottie Capes and brother of the late Verna Underwood, Kathryn Harmor, Helen Robbins, Phyllis Mesday, Floyd Capes, Raymond Capes and Edward Capes. He is survived by his wife of 72 years, Pearl Capes; a daughter, Cathy Plymack; a son and daughter-in-law Joseph Capes, II and Heather Capes; his grandchildren, Justin Plymack (Betsy), Aaron Plymack (Julia), Joseph Capes III and Samantha Capes; two great-grandchildren, Bella Plymack and Lilly Plymack. He is also survived by sisters Joanne Taglairino, Irene Capes, Lottie Pierzhanowski and Delores Benson. A private service and Mass of Christian Burial will be held with immediate family members. In lieu of flowers, donations may be made to the Wounded Warrior Project www.woundedwarriorproject.org or American Heart Association www.donatenow.heart.org

Look inside to read what others have shared
Family and friends are coming together online to create a special keepsake. Every memory left on the online obituary will be automatically included in this book.
View Tribute Book
Services for Joseph Capes
There are no events scheduled. You can still show your support by planting a tree in memory of Joseph Capes.
Plant a tree in memory of Joseph

Share Your Memory of
Joseph
Upload Your Memory View All Memories
Be the first to upload a memory!
Share A Memory
Plant a Tree