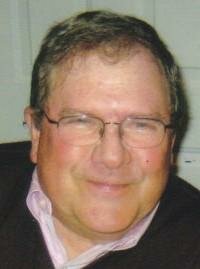 Please share a memory of Charles to include in a keepsake book for family and friends.
View Tribute Book
Charlie Edgar was born in Riverside, CA on May 5, 1945 and left this world on August 27, 2021 in Lawrenceville, NJ. He graduated from West Orange Mountain HS in 1963 and Penn State University's Short Course in Turfgrass Management in 1965, the youngest graduate ever to that date. He served in the NJ Army National Guard for 6 years. Son of the late Alexander L. and Christina (Lang) Edgar, He is survived by his wife of 55 years, Joanna M. Edgar, and three sons, Bryson (Jane), Allen (Sally Todd); and Collin (Nicole Mottola), and grandchildren Nealon, Kate, Lauren, Maximus. Kyler and Kelsey; brother Alex (Lori) of Mishawaka, IN, sister Joan El Ghettey of Tampa, FL; brother-in-law Thomas Schaffer (Francis) of Philadelphia; and several neices and nephews. Growing up on numerous golf courses, it was no surprise he followed his father into the profession of Golf Course Superinendents. As a teen, he helped his parents build the family golf course in Washington, NJ (now Fairway Valley GC ). He then became the Assistant Superintendent at Essex County Country Club in West Orange, NJ. Subsequently, he was the Superintendent of Greenacres Country Club (now Cobblestone Creek) for 20 years; then worked at Trenton CC, Hopewell Valley GC and Northampton Valley CC in Richboro, PA. He was a 50 year member of both the Golf Course Superintendents Association of America and the Golf Course Superintendents Association of New Jersey. In retirement, he got to spend his time driving 2 of his grandsons to and from school for the better part of 10 years, helping the older one in learning to drive. He also took great pleasure watching his grandson Max play baseball, rarely mssing games. He and Joanna traveled to Alaska, Scotland, Ireland and Northern Ireland, Spain and Portugal, as well as the American Western National Parks. At his request, there will be no funeral, but a memorial service will be scheduled at a future date. In lieu of flowers, if so inclined, please consider a donation to GCSANJ Foundation, PO Box 5624, Somerset, NJ 08875 or at gcsanj.org/gcsanj-foundation.

A Memorial Tree was planted for Charles
We are deeply sorry for your loss ~ the staff at Poulson-Van Hise Funeral Home
Join in honoring their life - plant a memorial tree
Services for Charles Edgar
There are no events scheduled. You can still show your support by planting a tree in memory of Charles Edgar.
Plant a tree in memory of Charles
Print
Online Memory & Photo Sharing Event
Online Event
About this Event