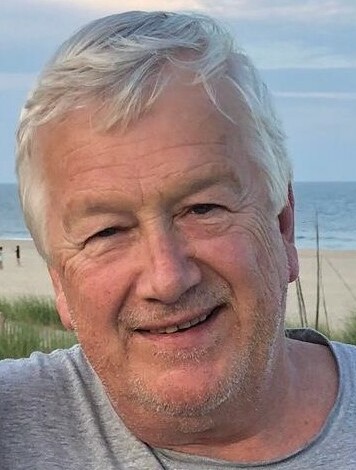 Please share a memory of James to include in a keepsake book for family and friends.
View Tribute Book
James M. McInerney "Jim" "Mac", 63, of Lawrenceville, NJ passed away peacefully on Tuesday, August 24, 2021 at home surrounded by his loving family. Born in New York City, NY, he spent most of his childhood in Old Bridge, NJ. Jim was a U.S. Navy Submarine Veteran, having proudly served his country for the USS NYC SSN 636 from its commissioning in 1979 through 1982 during which time he received a Navy Expeditionary Medal. Jim was honored to be part of the USS NYC 636 special brotherhood and still enjoyed joining them for reunions up until a few days before he passed. He was a resident of Lawrenceville, NJ since 1994 where he first moved with his late wife Nanci to raise their children. As a Lawrenceville resident, he was a parishioner at The Church of St. Ann, coached for his son Andrew's Little League Teams, volunteered for Special Olympics events and gave generously to the HomeFront organization whose mission is to end homelessness in Central NJ. He was employed by Bioclinica in Princeton as the Director of Records Management. Jim was an avid NY Mets and NY Giants fan and loved attending games with his wife Patty and the kids. He was a fervent collector of sports cards and memorabilia, a love he shared with his son Andrew. He looked forward to his summers at the beach in LBI surrounded by family and friends and enjoyed travelling abroad and to Hawaii with Patty. Jim was a gentle giant, a care-taker and a calming force in a storm. He was a loving and devoted husband, father, brother, brother-in-law, uncle and friend who will be dearly missed for his gentle, generous and caring ways. Son of the late James McInerney and husband of the late Nanci McInerney; he is survived by his current wife Patricia McInerney; his children Andrew McInerney, Alexis Sanicki, Christopher Sanicki and Nicholas McNeill, his mother Kathleen McInerney; his brothers and sisters-in-law Joseph and Peggy McInerney, Thomas and Linda McInerney, and Michael and Gail McInerney; numerous nieces, nephews, cousins, brothers-in-law, sisters-in-law, many friends and his brothers from the USS NYC 636. A Memorial Mass will be celebrated on Wednesday, September 1, 2021 at 10:30AM at The Church of St. Ann, 1253 Lawrence Road, Lawrenceville, NJ 08648. Attendees are asked to arrive no later than 10:15AM for mass. The visitation for James will be held on Tuesday afternoon from 4-7PM at Poulson & Van Hise Funeral Directors, 650 Lawrence Road, Lawrenceville, NJ 08648. In lieu of flowers, memorial donations may be made to HomeFront, 1880 Princeton Avenue, Lawrenceville, NJ 08648.
Print
Tuesday
31
August