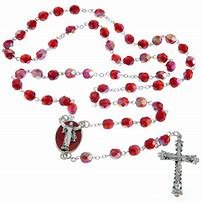 Please share a memory of Veronica to include in a keepsake book for family and friends.
View Tribute Book
Veronica “Ronnie” Kozlowski, 99, of Lawrenceville, peacefully passed away on Wednesday, May 19, 2021 at home. Born in Trenton, NJ, she was a longtime resident of Lawrenceville. Ronnie was the proprietor of Brunswick Sports and Hardware from 1956 to 1986, a company which she and her late husband Joseph founded. She was a former parishioner at The Church of St. Ann and was a past president of their Altar Rosary Society, a former past president of the Post 414 Ladies Auxiliary and past vice president of the Navy League Ladies Auxiliary of New Jersey. Ronnie was a parishioner of St. Hedwig Church, and a member of the Lawrence Twp. Senior Citizens Club #1. Predeceased by her parents Joseph and Antoinette Jacyna and her husband Joseph Kozlowski; she is survived by her son and daughter-in-law Ronald and Diana Kozlowski, her daughter Maryann Cermele with whom she resided, her grandchildren and their spouses Marc and Tricia Kozlowski, Kristy Kozlowski, and Joseph and Christen Cermele; her great-grandchildren Jake and Lauren Kozlowski, and Charlotte and Jamie Cermele. A Mass of Christian Burial will be celebrated on Tuesday, May 25, 2021 at 11:00AM at St Hedwig Church, 872 Brunswick Avenue, Trenton, NJ 08638. Interment will follow at St. Hedwig Cemetery, Hamilton. Twp. The viewing for Ronnie will be held on Tuesday morning from 9:30-10:30AM at Poulson & Van Hise Funeral Directors, 650 Lawrence Road, Lawrenceville, NJ 08648. Please observe all social distancing guidelines and masks must be worn at all times. In lieu of flowers, memorial donations can be made to American Legion Post 414, 100 Berwyn Place, Lawrenceville, NJ 08648.
Tuesday
25
May

Share Your Memory of
Veronica
Upload Your Memory View All Memories
Be the first to upload a memory!
Share A Memory
Plant a Tree