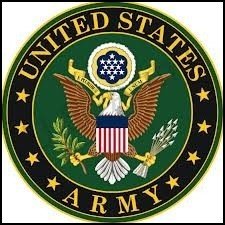 Born in Frenchtown, NJ, he was a longtime resident of Ewing Twp. William was a Veteran of World War II, having proudly served his country with the US Army.  He retired from Westinghouse Inc. where he was a tool and dye maker. William was a longtime member and volunteer on many committees at Trinity United Methodist Church of Ewing Twp. Some of his hobbies included woodworking, crossword puzzles, line dancing, penuchle and gardening.

Predeceased by his parents Charles and Alice Johnson; his wife Freda Johnson, his son-in-law Roger Shaler; he is survived by his daughter Betty Lou Shaler; his grandchildren and their spouses Scott and Samantha Shaler, Deborah Shaler and her fiancé Gerald Kaye, and Donna and Peter Milewski; his great-grandchildren Kristin and J. Kent Shellenberger, II. and Abigail Milewski, his great-great grandchildren J. Kent, III. And Lorelie Shellenberger.

Visiting hours will be held on Saturday morning from 10AM until the time of the service at the church.

In lieu of flowers, memorial donations can be made to American Heart Association by visiting www.heart.org

Share Your Memory of
William
Upload Your Memory View All Memories
Be the first to upload a memory!
Share A Memory
Plant a Tree