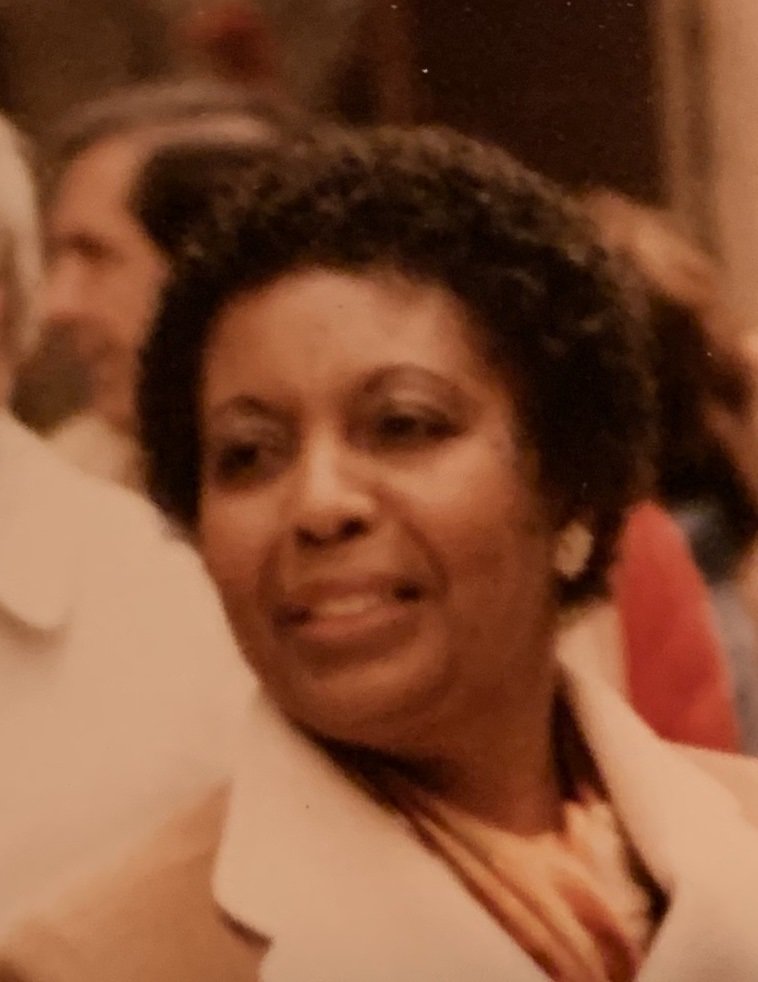 Wilma M. Francis was born on January 3, 1930 in Grenada, West Indies to the late Beryl Elias and the late John Gordon.

As a child, she would ride her bicycle wearing her brown and white uniform to and from St. Theresa Girls Roman Catholic Primary School in Woodbrook, Trinidad.

She was raised in Trinidad where she met and married her late husband Paul.  She worked for Radio Trinidad and Television for almost 20 years before joining Paul in the United States in 1968 settling in Brooklyn, NY.  Wilma was hired by Squibb Corporation, subsequently Bristol-Myers Squibb (BMS).  Wilma, Paul and their five children moved to Englewood, NJ before moving to Ewing Township when Squibb relocated to Lawrenceville, NJ.  She retired from BMS after 25+ years of dedicated service with fondest memories working as a Legal Assistant to the Senior Vice President, General Counsel and Secretary.

Wilma will be remembered for her beautiful and caring smile, loving and giving heart, her love for family and friends, her memorable cantoring and volunteer work.

A Mass of Christian Burial will be celebrated for Wilma on Friday, November 22, 2019 at 11 AM at The Church of Saint Ann, 1253 Lawrence Road, Lawrenceville, NJ.

Visitation for relatives and friends from 9 AM to 10:30 AM in the daily chapel at the church.

In lieu of flowers memorial contributions in Wilma’s memory may be made to the Church of Saint Ann, 1253 Lawrence Road, Lawrenceville, NJ 08648