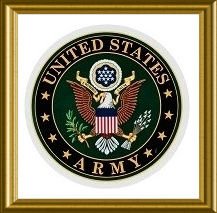 Salvatore Leonard “Lenny” DiDonato, 89, of Princeton, passed away on Sunday, November 10, 2019. Lenny was born on May 23, 1930 in the second floor rear bedroom at 128 Jefferson Road in Princeton, New Jersey- he was a lifelong resident of Princeton and Lawrenceville.

Lenny was a veteran of the Korean Conflict, having proudly served his country with the United States Army as a First

Lieutenant for almost twenty years. He was a retiree of the State of New Jersey, where he was appointed by Governor Byrne, to serve as the Director of the Division of Building and Construction. While Director of the DBC, he was responsible for the construction of the Richard J. Hughes Justice Complex, as well as dozens of other high profile construction projects, in which he took great pride. After his work at the state, he became Executive Vice President of Hill International, Inc. until his retirement. Lenny was a longtime member of the Presbyterian Church of Lawrenceville and a lifetime member, and past president, of the Princeton Italian-American Sportsman Club.

Lenny was a loving and devoted husband, father, grandfather, great-grandfather, son, brother, uncle and friend to many.

He was a passionate advocate for social justice, loved politics, music, hunting and time spent with his family and friends. He was preceded in death by his parents, Camillo and Pasqualina DiDonato, his beloved wife Mary Eva and his son in law Dennis Massimo. He is survived by his children Dale DiDonato and wife Jennifer Linnett, Debra DiDonato Massimo and partner Earl Stannard, and J. Brooks DiDonato and wife Monique; his grandchildren D. Justin Massimo and wife Katie, Kristen Massimo Peterson and husband John, Sean Massimo and fiance Lexie Steinbuch, Brooks S. DiDonato and Madeleine DiDonato; his great-grandchildren Knighten and Cameron Peterson and Charlotte and Lincoln Massimo; his siblings Rose “DeDe” Nini and Camillo “Bud” DiDonato; as well as a host of nieces, nephews and treasured friends.

Power to the People.

Funeral services will be held on Friday, November 15, 2019 at 11 am at the Presbyterian Church of Lawrenceville, 2688 Main Street, Lawrenceville, NJ 08648 with Pastor Jeffrey Vamos officiating.

In lieu of flowers, memorial donations can be made to the American Civil Liberties Union, https://action.aclu.org/give/support-aclu-new-jersey​, or to the DiDonato Family Memorial Scholarship Fund at Mercer County Community College, MCCC Foundation, PO Box 17202, Trenton, NJ 08609.

Share Your Memory of
Salvatoro
Upload Your Memory View All Memories
Be the first to upload a memory!
Share A Memory
Plant a Tree