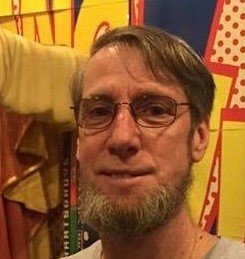 Robert William Ireland of Ewing, New Jersey born December 26 as a belated gift to Vivian and Richard Ireland passed at the age of 67 on November 3rd, 2019 surrounded by family and friends.

He was predeceased by his parents, his sister JoAnn, his twin sons Robert William and Richard John; he is survived by his wife of 41 years Maureen, his sons Kevin (Tina) and Joshua (Jamie), his grandchildren Vivian and Coraline, his brother Rick and a family of nieces, nephews, in-laws, cousins and friends.

He graduated from Lawrenceville High School in 1971 and was promptly drafted into the Army.  He then served in Lawrence Township Public Works Department for 36 years, retiring as Assistant Director of Public Works in 2014.  Bob always put family first and taught his sons to do the same. He was a wonderful husband,  ideal father and even better grandfather.  He loved Harry Potter, Marvel Movies, Comic Con and anything else that allowed him to experience and enjoy a magical world. In his youth, Bob was an accomplished soccer player and went on to coach both sons winning a championship for each. After retirement Bob picked up a third act love of golf as well.

Interment will be held privately.

The viewing for Bob will be held on Wednesday evening from 6-8PM at the funeral home.

In lieu of flowers, to honor Bob donations may be made in his name to a fund for his grandchildren‘s future, a Slurpee may be bought for a child or welcome and love may be shown to someone in your community who would otherwise be left out.

Share Your Memory of
Robert
Upload Your Memory View All Memories
Be the first to upload a memory!
Share A Memory
Plant a Tree