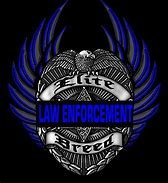 Mark S. Harmon, 50, of  Allentown, NJ, passed away on Monday, September 16, 2019 after a valiant battle with cancer at Robert Wood Johnson University Hospital at Hamilton, surrounded by his loving family.

Born in Trenton, NJ, he was a former resident of Lawrenceville and Bordentown, before moving to Allentown nine years ago.  Mark was a graduate of Lawrence High School, Class of 1987 and the University of North Carolina Charlotte Class of  1993.  He was employed with the Lawrence Twp. Police Department as a Detective.  Mark was a member of the Lawrence Twp. FOP Lodge # 209 and was a parishioner at St. John the Baptist Church in Allentown.  He was an avid NY Giants football fan, enjoyed watching the New York Yankees games with his son Ryan, cooking with his daughter Molly, golfing with his son Chris, and he would always ace the 19th hole after a round.

The viewing for Mark will be held on Thursday, September 19, 2019 from 4-8PM at the funeral home.

In lieu of flowers, memorial donations can be made to the Multiple Myeloma Research Foundation by donating online at https://themmrf.org/

Share Your Memory of
Mark
Upload Your Memory View All Memories
Be the first to upload a memory!
Share A Memory
Send Flowers