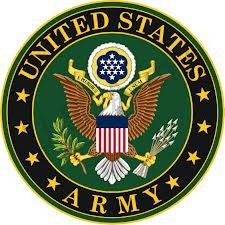 Born in Trenton, NJ, he was a longtime resident of Lawrenceville.  Harry was a Veteran having proudly and honorably served his country with the US Army.  He is a retiree of Textile Research in Princeton after more then 40 years of dedicated service.  Harry was a member of American Legion Post 414 in Lawrenceville and the Colonial Sportsman Club in Hopewell for many years.  Some of his hobbies included hunting, fishing, poker, Texas Hold Em tournaments at Parx Casino, enjoyed building anything and had the ability to fix everything.  He was a loving and devoted husband, father, grandfather, brother, uncle, brother-in-law and friend who will be dearly missed.

Graveside services will be held privately and at the convenience of the family.

In lieu of flowers, memorial donations can be made to the American Heart Association www.heart.org

Services for Harry Buvel
There are no events scheduled. You can still show your support by planting a tree in memory of Harry Buvel.
Visit the Tribute Store

Share Your Memory of
Harry
Upload Your Memory View All Memories
Be the first to upload a memory!
Share A Memory
Plant a Tree