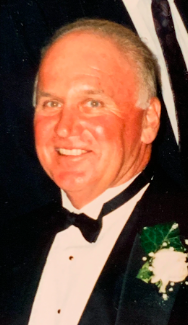 Born in Trenton, NJ, he was a resident of Ewing for 50+ years.  Donald is a retiree of Valley Natural Gas, where he was employed as a Service Technician.  He also owned and operated Don’s Lawn Service along with his wife Joan.  Donald was a member of Central Baptist, A Christ Centered Church in Ewing and Four Seasons Rod and Gun club.  Some of his hobbies included the outdoors, fishing, hunting, bowling, cooking and hosting family reunions and picnics.  Donald enjoyed taking trips with his family to Myrtle Beach, Cape Cod, Ocean City, NJ and the mountains of Tennessee.  He was a loving and devoted husband, father, grandfather, brother, uncle, friend and neighbor who will be dearly missed.

Predeceased by his parents Joseph Sr. and Julia Henish Kubala, his brother Joseph Kubala Jr.; he is survived by his wife Joan of 55 years; three daughters and their spouses Diane and Mike Rea, Donielle and Brian Thorward and Darla and Jayson Bauman; his twin sister Joyce Stilwell; his grandchildren Reneé and Brent Thorward, Carissa Joyce and her husband Adam, Michael Jr. and Dean Rea, Rileigh Thorward, Teagan and Graydon Bauman; many beloved nieces, nephews, cousins and many close friends.

Funeral services and interment will be held privately.

Share Your Memory of
Donald
Upload Your Memory View All Memories
Be the first to upload a memory!
Share A Memory
Send Flowers