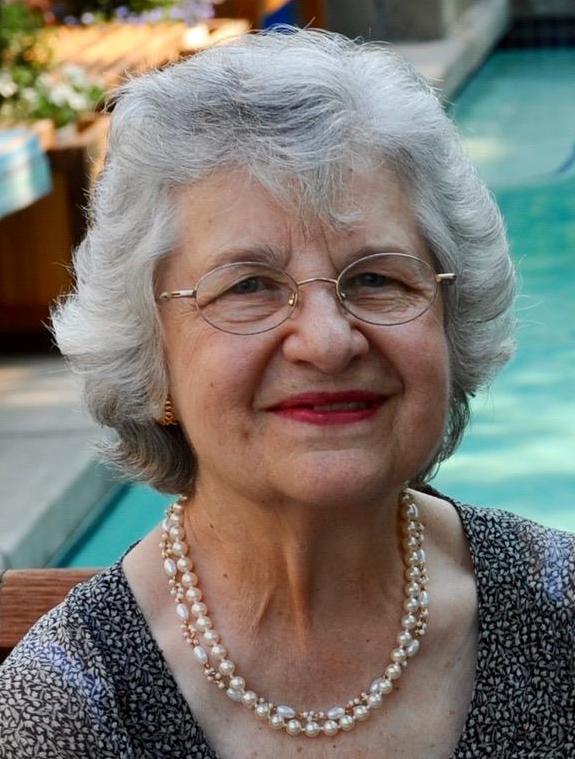 Florence Groch was born and raised in Trenton, graduating from Trenton High School in 1951.  She and her husband relocated to Warren, Ohio where her two children were raised, then resided in Greenville, NC, and Missouri City, TX before moving to be with her son in California in 2013.  She was most recently a resident of Merrill Gardens Garden House Memory Care facility. After the birth of her second child, Florence became a dedicated homemaker, and enjoyed corresponding with distant friends and relatives, and going on drives to explore local sights and shopping opportunities.  She and her husband Ted enjoyed several years of post-retirement living in North Carolina, caring for their beloved dog “Sparky”, but moved to Texas to be with their grandchildren.

She is survived her brother and his wife, Edward and Alice Groch of Mercerville, her son and his wife, Jim Turek and Hope Giles, of Saratoga, California, and grandchildren William and Alison Turek, both residents of Maryland, in addition to several nieces and nephews.   Florence was preceded in death by her parents, Edward and Stella Groch, husband, Theodore Turek, and her daughter Adrianne Kempers.

Funeral services will be conducted on Monday, March 4, 2019 at 11AM at Poulson & Van Hise Funeral Directors, 650 Lawrence Road, Lawrenceville, NJ 08648

In lieu of flowers, the family requests memorial donations be made to the Alzheimer’s Foundation of America by visiting www.alz.org

Share Your Memory of
Florence
Upload Your Memory View All Memories
Be the first to upload a memory!
Share A Memory
Send Flowers