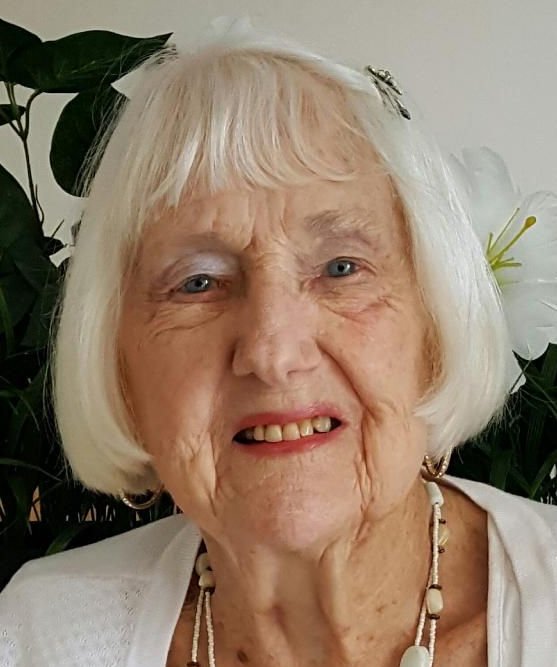 Please share a memory of Grace to include in a keepsake book for family and friends.
View Tribute Book
Grace Olive Pupa (nee Feierabend), 92, of Palm Beach Gardens, FL, passed away peacefully on Thursday, June 24, 2021 at Home Suite Home LLC, Palm Beach Gardens, FL. Born in Prospect Heights, Ewing Township, NJ, she was a longtime resident of Trenton, before returning to Ewing in 2005. Grace retired from the State of New Jersey, Department of Human Services after 30 years of dedicated service. Following her retirement from the state, she worked part-time at Mercer Hospital and Hamilton Hospital in their business office. She cared for her husband until he passed in 2004 at which time she worked part-time again for the New Jersey Department of Environmental Protection for 10 years where she developed many wonderful friends, finally retiring at age 82. She was a member of St. Matthews Episcopal Church in Pennington for many years until moving to Florida with her daughter in 2014. Grace was the ultimate worker; she enjoyed the satisfaction of completing projects and meeting deadlines. When she wasn’t working, she enjoyed the Jersey shore, watching her New York Yankees on TV or in person, and her caring for her beloved animals. There wasn’t an animal Grace wouldn’t help; she was the consummate animal advocate. However, her greatest joy was being with family. She was a devoted wife and mother who gave tirelessly and selflessly to her entire family. The world was a better place with her in it. She will be missed beyond words and measure. Predeceased by her parents William A. and Olive A. Feieraband, her brother William E., and her loving husband Anthony J. Pupa; and she is survived by her loving daughter Diane M. Pupa, a brother Robert E. and a sister-in-law, Connie Pupa. She is also survived by many loving nieces, nephews and cousins. Funeral services will be held on Thursday, July 1st at 10am at St. Matthews Episcopal Church 300 S Main St, Pennington, NJ 08534. Interment will be held at Greenwood Cemetery, Hamilton Twp., NJ. The viewing for Grace will be held on Thursday July 1st from 8:30-9:30am at Poulson & Van Hise Funeral Directors, 650 Lawrence Road, Lawrenceville, NJ 08648. In lieu of flowers, memorial donations can be made to: the Peggy Adams Animal Rescue League, 3200 N. Military Trail #3100, West Palm Beach Florida 33409 or Trenton Cats Rescue, 1977 N. Olden Ave. #327, Trenton, NJ 08618.
Thursday
1
July