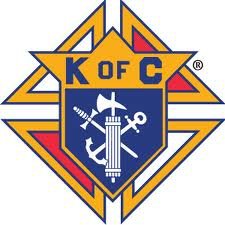 Please share a memory of Lee to include in a keepsake book for family and friends.
View Tribute Book
Lee G. Tagliaferri, 89, of Lawrenceville, passed away on Sunday, May 23, 2021 at St. Joseph;s Skilled Nursing Center, Lawrenceville, NJ. Lee was born in Mahanoy City, Pennsylvania on August 14, 1931. He moved to Philadelphia when he was 12 and attended South Philadelphia High School. After high school, he attended The Wharton School of the University of Pennsylvania. His education was interrupted when he was drafted into the Army in 1953. He received an honorable discharge in 1955 and graduated with a BS in Economics from The Wharton School in 1957. He also received an MBA from the University of Chicago in 1958. Lee’s early career was in management accounting at the Campbell Soup Company. He subsequently worked in investment management at the US Trust Company and investment banking at Laidlaw Incorporated. This experience led him to found Everest Corporation as an investment management and advisory business, and he served as the company’s Chief Executive Officer. Lee’s later career was as a professor of accounting at the Lubin School of Business at Pace University. He educated many aspiring accountants and wrote numerous academic papers on diverse accounting topics. He was a passionate and inspiring professor until his retirement at 82 years old. Lee was also an active member of his community, charities and religion. He was a Trustee of the Madison Square Boys and Girls Club of NY, an active member of Princeton Knights of Columbus where he served two terms as Grand Knight and he was a member of Opus Dei. He was also president of the West Windsor Community Association, West Windsor Pop Warner League and West Windsor-Plainsboro Parents Sports Association. Lee is survived by his wife of 59 years Maryellen Tagliaferri, three children Mark, John and Mary Tagliaferri and nine grandchildren. Graveside services will be held of Thursday, May 27, 2021 at 11:00AM at Ewing Cemetery, 78 Scotch Road, Ewing, NJ 08638. Attendees are asked to arrive no later than 10:45AM. There will be no calling hours.
Thursday
27
May

Share Your Memory of
Lee
Upload Your Memory View All Memories
Be the first to upload a memory!
Share A Memory
Plant a Tree