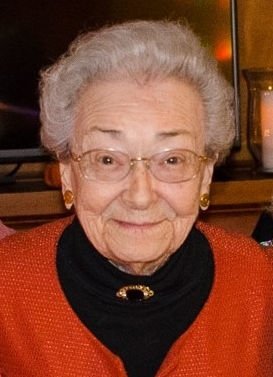 Please share a memory of Myrtle to include in a keepsake book for family and friends.
View Tribute Book
Myrtle Ruth Baker Coxon, age 90, of Lawrenceville, NJ died peacefully on Thursday, January 21, 2021 at home. Born and raised in Lawrence Township, Myrtle was a lifelong resident. She attended Lawrence Township Public Schools and Trenton Central High School. She attended Trenton State College (The College of New Jersey) and graduated from Helene Fuld School of Nursing, returning in 1956 to Trenton State College for her school nursing certification. In 1956 Myrtle became employed by the Lawrence Township Public Schools being the third nurse in the township school system and was the first nurse coordinator in Lawrence working in all the Lawrence Township Public Schools except Lawrence Intermediate School. She was the Lawrence High School nurse from the date it opened in 1968 to her retirement in 1990, touching and shaping thousands of young lives. Mrs. Coxon selected the first LHS Cardinal and she and some friends designed and constructed the first Mascot outfit, she also ran the PEP club with Jane Barber. Myrlte took many trips with the Marching band and worked countless LHS sporting events, firing her canon each time the LHS Football Team scored a touchdown or extra point, she ran the Red Cross Club and started the Junior Fireman’s Club at the high school. Mrs. Coxon was very active in her community, being a life member of the Lawrence Township Emergency First Aid Squad volunteering 23 years of active service and the Lawrence Road Fire Company Auxillary. She was past chairperson and board member of the Mercer County Library Commission, board member of the Mercer County Mental Health Commission, member of Helene Fuld Medical Center Auxillary, Lawrence Township Education Association, Mercer County Education Association, NJ Education Association, Mercer County School Nurses Association, New Jersey State School Nurses Association and the LHS Hall of Honor Committee. She participated and twice flew with the Sunshine Foundation to Disney as their nurse. She was recognized and honored as Citizen of the Year for the American Legion Post 414, received the Rider College School of Education Dean’s Citation for dedication and untiring contribution to education, honored by NJ State School of Nurses and received a resolution from Lawrence Township and Mercer County. She was inducted into the Lawrence High School Hall of Honor and the Lawrence High School Athletic Hall of Honor. Daughter of the late William and Myrtle Baker, wife of the late James Coxon, who she will be joining along with her very dear friends in heaven, Doris and Robert Cowan, Alvena and Cliff Snedeker and Kathy Oldenburg and so very many that have gone before her. Myrtle is survived by her cousin, Joan Baker Miller, her Godson, Clifford Snedeker, Jr, her four Goddaughters, Cynthia Oldenburg-Harrison, Donna Cowan-Crafford, Robin Cowan-Leahy, Katie Baker-Vichko, and her “right hand man, Joe Ciosek, Jr. Special thanks to her caregivers, especially Stacey Antler. In keeping with Myrtle’s life-long concern for others and her career as a nurse, funeral services and burial in the Lawrenceville cemetery will be private due to the current health pandemic. Memorial contributions to honor Myrtle may be made to the Slackwood Volunteer Fire Co., Station 21, 21 Slack Avenue, Lawrenceville, NJ 08648

Look inside to read what others have shared
Family and friends are coming together online to create a special keepsake. Every memory left on the online obituary will be automatically included in this book.
View Tribute Book
Services for Myrtle Coxon
There are no events scheduled. You can still show your support by planting a tree in memory of Myrtle Coxon.
Plant a tree in memory of Myrtle