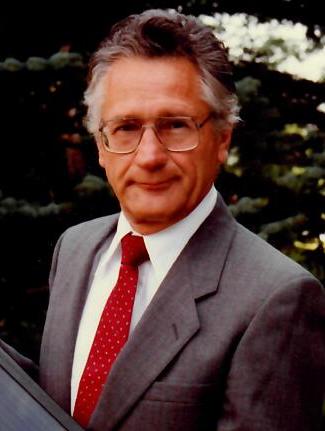 Edward S. Sabisky, 88, of Lawrenceville, passed away peacefully on Monday, March 1, 2021 at home surrounded by his loving family. Born in Middleport, PA, he was a longtime resident of Lawrenceville. He obtained his bachelor’s Degree from Penn State University, his Master’s degree from the University of Southern California and his Ph.D from the University of Pennsylvania. His career began with Hughes Aircraft in California, followed by 17 years with RCA Labs in Princeton, 10 years at the Solar Energy Research Institute in Colorado, before retiring from EPV in Lawrenceville where he was a consultant for many years. Throughout his career, Ed was a pioneer in solar energy, developed many patents, and worked on the atomic clock and other projects at RCA. He was a parishioner at The Church of St. Ann. Ed was a little league baseball coach in Lawrence Township for many years. Some of his favorite hobbies included fishing and hiking in Colorado and traveling around the world with his family. Predeceased by his parents Jacob and Anna Sabisky; his siblings Anna, Helen, Mary, Chester and Walter, his son Eddie Sabisky; he is survived by his wife Joan (Toback); his son and daughter-in-law Matthew and Paula Sabisky; seven grandchildren Camila, Andrew, Anastasia, Nicholas, Marina, Richard and Christopher; his great-granddaughter Alexandria; his daughter-in-law Katrina Sabisky; many nieces and nephews. The family would like to thank all the aides, nurses, and helpers that provided Ed with the utmost kindness and respect throughout his long illness. They would also like to thank Luping and Anhorng for all their help. They are true friends. A Mass of Christian Burial will be celebrated on Thursday, March 4, 2021 at 10:30AM at The Church of St. Ann, 1253 Lawrence Road, Lawrenceville, NJ 08648. Attendees are asked to arrive to the church no later than 10:15AM. There will be no calling hours. Interment will be held on Friday, March 5, 2021 at 10:00AM at Schuylkill Memorial Park, 75 Memorial Drive, Schuylkill Haven, PA 17972. In lieu of flowers, memorial donations can be made to Parkinson’s Foundation www.parkinsons.org <http://www.parkinsons.org/> or to The Church of St. Ann School Fund, 1253 Lawrence Road, Lawrenceville, NJ 0868.