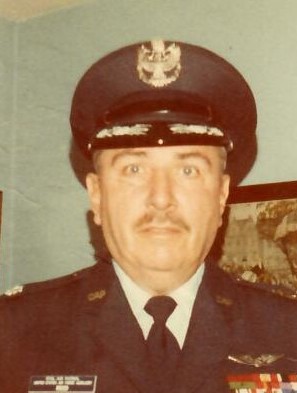 Linton Reed, Jr., 89, of Lawrenceville, passed away on Thursday, February 18, 2021 at Robert Wood Johnson University Hospital, Hamilton. Born in Trenton, he was a lifetime resident of Lawrenceville. Linton was a Veteran of the Korean Conflict, where he proudly served his country with the US Navy on the USS Corey. He worked for NJ Bell Telephone then ATT and Lucent Technologies and retired after many years of service. Linton was a life member of the Mercer County Fire Chiefs Association, Past President of the Trenton-Burlington Council Telephone Pioneers of America, life member of the Lawrence Road Fire Company and Past Chief from 1958-1970, life member of Lawrence Road First Aid Squad, Commander of the NJ Wing Civil Air Patrol and had a private pilot’s license. He was also a member of Mason Cyrus Lodge #5. He was a loving and devoted husband, father, grandfather and great grandfather. He enjoyed taking his family camping as well as spending time with his friends. Predeceased by his parents Linton, Sr. and Alice Reed; he is survived by his wife Joyce Reed; two sons Linton IIl and his wife Irma Reed, Jeffrey Reed and his wife Tricia Metzger, his daughter Nancy Leszcynski and son in law Edward Leszcynski ; his grandchildren Lindsay Garland and her husband Mat, Miki Anderson and her husband Colin Anderson, Keishi Reed, cousin Edna Horan, brother in law, Jerry Golden, sister in law, Gloria Johnson and three great grandchildren Jordan Garland and Kai and Nami Anderson. In addition, many loved nieces and nephews. Funeral services will be held on Friday, February 26, 2021 at 11:30AM at Poulson & Van Hise Funeral Directors, 650 Lawrence Road, Lawrenceville, NJ 08648. Interment will be held at a later date. The viewing for Linton will be held on Friday morning from 10-11:30AM at the funeral home. In lieu of flowers, memorial donations can be made to Lawrence Road Fire Company 1252 Lawrence Road, Lawrence, NJ 08648.