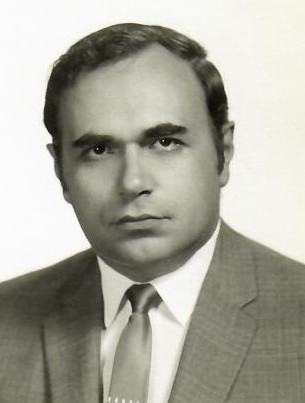 Orest Clarence Chaykowsky “Chick” of Yardley, Pennsylvania passed away peacefully February 11, 2021 at the age of 87. He was born on April 27, 1933 in Winnipeg, Manitoba, Canada. He lived in the Princeton, New Jersey area since 1956. Chick graduated from the University of Manitoba with a Bachelor of Science degree in Electrical Engineering. He won the academic gold medal for his achievements in his undergraduate work and earned the Isbister Fellowship. He continued his studies to earn a Master of Science degree in Physics from the same University and earned the University of Manitoba travelling fellowship for continued studies in non-Canadian universities. In 1956, he enrolled in the doctorate program in electrical engineering at Princeton University and was granted The Arthur LeGrand Doty Scholarship in Electrical Engineering. In 1958, Chick withdrew from his studies at Princeton University to begin his professional career as Chief Engineer and technical advisor to the President at General Devices Inc., a telemetry instrumentation company in Monmouth Junction, NJ. In January of 1961 he co-founded Princeton Applied Research Corp. (PAR) and served as Vice-President of Marketing, President and Vice-Chairman in his 19 years with PAR until EG&G Inc. of Waltham, MA. acquired PAR. In 1980, he founded a United States subsidiary of a Helsinki, Finland based Bactomatic Inc. where he was the President and CEO. Chick also founded G & C Advertising and Marketing Inc. as well as Preximco Inc., establishing outlets for U.S. distribution of electronic instrumentation for foreign entities. Chick’s professional lifetime memberships included both the Institute of Electronic and Electrical Engineers and the scientific research society Sigma Xi. In retirement, Chick enjoyed to travel far and wide and has visited almost 70 countries. He was fluent in Ukrainian and “got around” on his French and Russian. He was a longtime member of The Bedens Brook Club in Skillman, N.J., The Princeton Club of NYC. He was the Bailli of the Baillage of The Princeton Chapter of the international gourmet dining society Confrerie de la Chaines des Rotisseur and an honorary Bailli and Commandeour of the Philadelphia Chapter. He was also a Conseiller of the wine society L’ordre Mondial. Chick was an accomplished violinist in his childhood playing the instruments made by his grandfather. Chick is predeceased by his wife Ingrid Birgitta Chaykowsky and his parents John and Jean Chaykowsky. He is survived by his brother Arthur Eugene Chaykowsky and wife Bette of Kingwood, Texas. He is also survived by his first wife Joy Ann Chaykowsky Hutchinson his son Richard Steven Chaykowsky of Ottawa, Canada, his sons John Michael Chaykowsky of Yardley, PA and Robert Steven Chaykowsky and wife Christine Henderson Chaykowsky of Florida, his grandchildren John Michael Joseph Chaykowsky and Grant Whelan Garret Chaykowsky of Los Angeles, CA, William Chaykowsky and Maxwell Chaykowsky of New Hampshire and Ingrid Chaykowsky of Florida. Also surviving are numerous nieces, nephews and cousins in Canada and Sweden. The viewing for Chick will be held on Wednesday, February 17, 2021 from 11-12 Noon at Poulson & Van Hise Funeral Directors, 650 Lawrence Road, Lawrenceville, NJ 08648. A graveside prayer will follow at Princeton Cemetery, 29 Greenview Avenue, Princeton, NJ 08540. Please wear a mask and maintain social distancing. In lieu of flowers and any memorial donations can be made in Chick’s name to The Hun School of Princeton, Attn: advancement office, 176 Edgerstoune Rd., Princeton, NJ 08540.