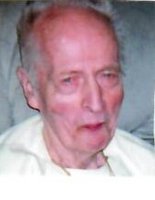 Robert W. Roach, Jr., 88, of Lawrenceville, passed away on Saturday, August 22, 2020 at home. Born in Trenton, NJ, he was a lifelong area resident. Bob was a veteran of the Korean Conflict, having proudly served his country for nine years with the US Navy. He was stationed in Philadelphia and served on the Coral Sea Aircraft Carrier for two years. Bob was also stationed in Morocco for two years with his wife Barbara. He retired from CV Hill Refrigeration in Trenton. Bob was an avid Boston Red Sox, Celtics, and Cleveland Browns fan. Bob will be missed by all who knew and loved him. Predeceased by his parents Robert W. Sr. and Billie Roach; he is survived by his wife of 64 years Barbara Roach; his son and daughter-in-law Scott and Sara Ortiz Roach, two beautiful granddaughters Maria and Victoria Roach. Funeral services will be held privately and at the convenience of the family. In lieu of flowers, memorial donations can be made in Robert’s memory to Veterans Administration Health Care Clinic 3635 Quakerbridge Road Hamilton, NJ 08619-1247.